Like the Elife S5.5 from Gionee, the new Elife S5.1 smartphone has also made its debut in the US, but through a different OEM altogether. The handset is being marketed by Blu Products as the Vivo Air and it was recently showcased by the company during the CES 2015 expo.

Blu Products hasn’t changed much on the Elife S5.1 except for slapping on its own branding which replaces Gionee’s. The Blu Vivo Air retains the gorgeous design of the original which measures just 5.1mm thin, making it one of the slimmest in the world. The internal and external hardware have been left intact as well. 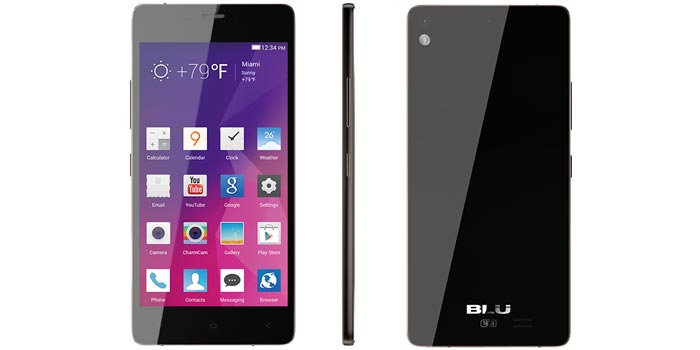 The phone offers a 4.8-inch 720p HD Super AMOLED display on the front backed by the Blu Infinite View and Nes Lens technologies. The company has also thrown in Gorilla Glass 3 from Corning for added protection. There are dual cameras present as well, a 5MP secondary snapper and an 8MP primary shooter.

The Blu smartphone runs on Android 4.4 KitKat and it supports 4G and HSPA+ brands. You won’t get dual SIM card slots here since space isn’t a luxury and there are a few downsides as well, such as just 16GB non-expandable internal storage and 1GB of RAM. The processor employed is a 1.7GHz octa core MediaTek Cortex A7 chipset with Mali 450 graphics.

Here’s a roundup of the Blu Vivo Air’s key specs:

The Blu Vivo Air will be available through Amazon mid-January for $199 unlocked. The company has also launched several other handsets, some running Android Lollipop and one with a massive 5000mAh battery.