Gionee has just started listing the new P5W smartphone on its website in India. Since the device is still to be officially unveiled, we have no clue about its exact price and release date details. As you can see in the space down below, it comes dressed in five different colored bodies.

The Gionee P5W features a 5-inch display which showcases its visuals in 720p HD resolution. Underneath its body is a 1.5GHz octa core MediaTek MT6735 processor which works alongside 1GB RAM to provide the device with smooth operations.

Gionee has blessed this handset with 16GB worth of built-in storage which can of course be expanded further by means of its microSD card slot. There’s a 5MP camera present on it which can be found sitting on its rear surface. As for selfies and video calling, they are taken care of by a 2MP front shooter. 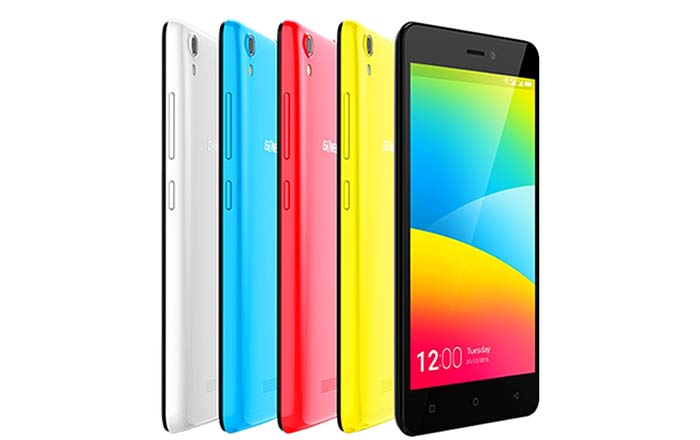 Powering the P5W from within is a 2000mAh battery pack. It’s a dual SIM handset which does not include 4G support unfortunately. Android 5.1 Lollipop is its base OS, but there’s a layer of the Immersive UI on top of it. Another one of this phone’s highlights is its DTS 3D surround sound technology.

A short look at the specs of the newly unveiled Gionee P5W:

Like we said, the price and release date information about the Gionee P5W is still unavailable. We’ll bring you more on this device as soon as additional details about it are made available.