Nokia C1 is apparently the name of a new Android smartphone that is to be released by the Finnish company in the near future. Renders of the alleged device have popped up in China, showcasing its body and also revealing that it’s indeed running on Google’s software.

When Nokia’s smartphone division was bought by Microsoft in 2013, the latter had imposed a non-compete clause which bars the company from crafting its own handsets for a particular period of time. That clause is supposed to expire in 2016, and that’s when the new C1 handset can be expected to be launched.

These renders have come via Weibo which is China’s version of Twitter, and have been brought to our attention by GSM Arena. It is believed that Nokia itself won’t be mass producing the smartphone. It will only be involved in designing and licensing, while the production duties will be handled by some Chinese phone-maker. 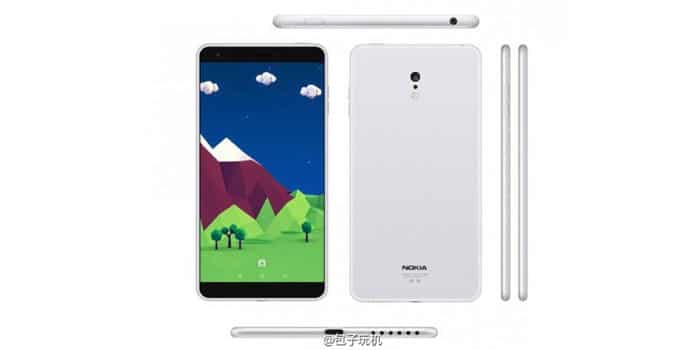 Its N1 tablet which too runs Android has also gone through a similar process. As for the specs of the C1, nothing is clear at the moment but a few mumblings have indeed been heard recently. The device is believed to have been blessed with a 5-inch display bearing 720p HD resolution.

An 8MP camera has supposedly been placed on its rear surface, while a 5MP snapper will be taking care of selfies. This device is said to have been powered by the combination of an Intel processor and 2GB worth of RAM. It’s unclear whether it’s wrapped in a metal body or a polycarbonate one.

These details about the Nokia C1 should be taken with a grain of salt, as there aren’t any other leaks supporting the evidence. We’ll try to dig more about the device; so stay tuned.