The HTC One E9s dual SIM has been spotted on the company’s website, but is yet to receive a formal announcement from the brand. The company will probably give out cost and availability details closer to the official launch date of the handset.

In the meanwhile, the HTC One E9s dual SIM is currently selling via eBay India, the lowest listed price for the phone being Rs 18466. The smartphone packs a decent set of specs for its market segment. The device carries a 5.5-inch 720p display and runs on Android 5.0 Lollipop with a layer of Sense UI on top.

The 4G-ready HTC handset’s daily operations are powered through a 1.5GHz octa-core MediaTek MT6752M processor and 2600mAh battery. In terms of memory, it has 2GB of RAM and 16GB of internal storage. Users can add up to 2TB of extra space via a microSD card slot. 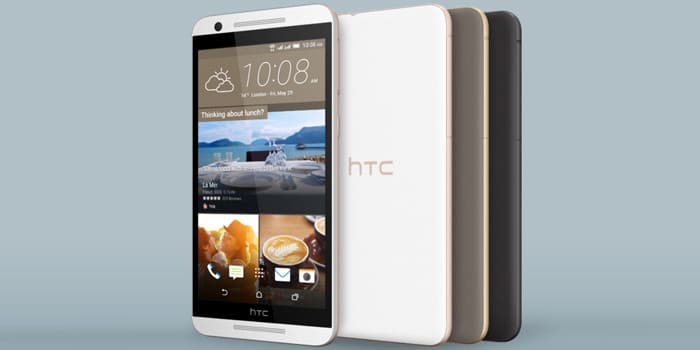 The One E9s dual SIM houses a 13MP autofocus primary camera with LED flash and a BSI sensor. Selfies can be taken through its 4MP UltraPixel front-facing camera, which is capable of recording 1080p videos. The device additionally features HTC BoomSound with Dolby Audio Surround technology.

Have a look at the specifications of the HTC One E9s dual SIM at a glance:

The HTC One E9s dual SIM can be bought in white luxury, roast chestnut and meteor grey colors. Like we mentioned above, it’s currently available via eBay India for Rs 18466.