The Gionee S Plus has officially been launched and is being touted as an India-exclusive device which will not be released elsewhere. The handset is priced at 16999 and is set to hit shops within the first week of November.

The USP of the dual-SIM Gionee S Plus is its USB Type-C port, not commonly seen in its market segment. It’s the first device by the China-based brand to ship with the feature. It also comes with a Face Unlock tool which utilizes facial recognition technology to open the smartphone within seconds.

Diving into its specs, the S Plus carries a 5.5-inch super AMOLED 720p screen encased within Gorilla Glass 3. Photos can be clicked using its 13MP primary camera with autofocus and LED flash. There’s also a 5MP fixed-focus selfie snapper on board. The phone runs on Android 5.1 Lollipop wrapped up in a layer of Amigo 3.1 UI. 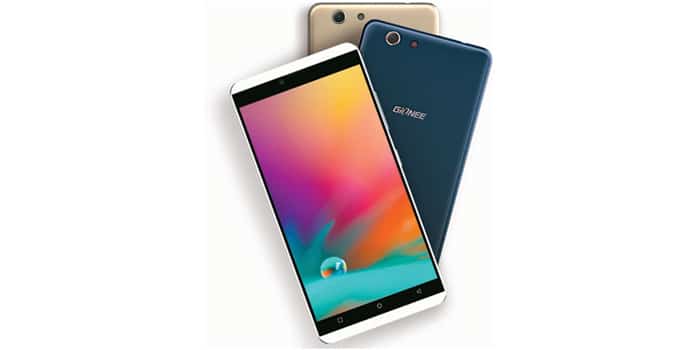 The 4G-ready Gionee device’s daily operations are fueled by a 64-bit 1.3GHz octa-core MediaTek MT6753 processor, toiling with the support of a 3150mAh battery and 3GB of RAM. The company has stuffed the handset with 16GB of internal storage. Users can supplement the space up till 64GB via a microSD card slot.

A quick look at the main specs of the Gionee S Plus:

The Gionee S Plus comes drenched in white, dark blue and golden colors. Like we mentioned above, the device costs Rs 16999 and will be available sometime this week.