In Japan, Samsung has just announced a new smartphone named Galaxy Active Neo which will be sold exclusively in the said country, for now. As its name indicates, it’s a rugged device designed to survive the wear and tear of of an active lifestyle.

The new Samsung Galaxy Active Neo happens to come with mid-range specifications onboard. More importantly though, it features an MIL-STD-810G rating for protection from salt and sea water, dust, humidity, rain, vibration, solar radiation, transport and thermal shock. And then there’s of course IP68 certification for dust resistance, and water submersion of up to 1.5 meters for 30 minutes.

A 4.5-inch 800 × 480 pixel display has found its way onto its front surface, whereas a Qualcomm Snapdragon 410 chipset can be seen toiling inside its body with its 1.2GHz quad core processor and an Adreno 306 GPU. There’s 2GB worth of RAM onboard this Samsung handset, apart from 16GB of expandable storage space. 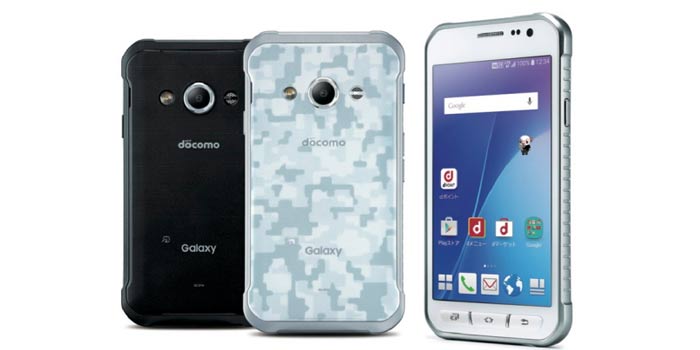 The camera setup of the Galaxy Active Neo includes an 8MP rear camera and a 2MP selfie unit. Powering the whole assembly is a 2200mAh battery, while the operating system duties are handled by Android 5.1 Lollipop version of Google’s OS.

A neat look at the main specs of the Samsung Galaxy Active Neo:

According to a report by G4Games, Japanese carrier NTT DoCoMo will be selling the Samsung Galaxy Active Neo from November onwards at 20000 Yen (around $165 or Rs 10800). There’s no word on whether or not it will be sold in other markets from around the world.