The Samsung Galaxy A8 has been launched in India and will be the company’s slimmest phone in the market at just 5.9mm. While it’s not going to win the race for the thinnest handset ever, consumers probably won’t care too much about a small difference in thickness between this and the next slender smartphone.

The metal-clad device is priced at Rs 32500, which makes the Samsung Galaxy A8 more expensive than its predecessor, the A7, which was launched back in February for Rs 30499. Upgrades include a fingerprint sensor which doubles as a home button, a bigger 5.7-inch Super AMOLED 1080p display, a 3050mAh battery and a 16MP autofocus main lens with LED flash and optical image stabilization.

The Samsung device contains an octa-core (four 1.3GHz and 1.8GHz cores) Samsung Exynos 5430 CPU, a change from the Snapdragon 615 SoC on the Chinese variant. It’s assisted in its daily operations by 2GB of RAM and it runs on the Android 5.1.1 Lollipop-based TouchWiz UI. The handset holds 32GB of internal memory, expandable up to 128GB. Selfies are taken care of through a 5MP front-facing snapper. 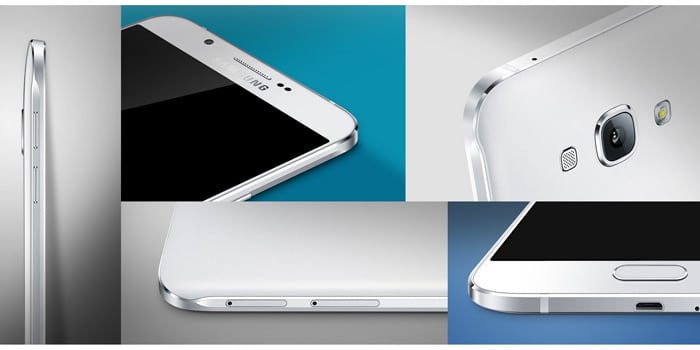 Pressing the home button twice will open up the camera, a feature seen in the brand’s flagship Galaxy S6. The Galaxy A8 has a dual-SIM setup that involves two nano-SIM slots, one of which functions as a microSD card slot. It supports Band 3 and Band 40, which means it’s compatible with 4G LTE networks in India. Other connectivity options include Wi-Fi 802.11 a/b/g/n/ac, Bluetooth 4.1, microUSB 2.0, GPS and GLONASS.

Have a look at the specs of the Samsung Galaxy A8: 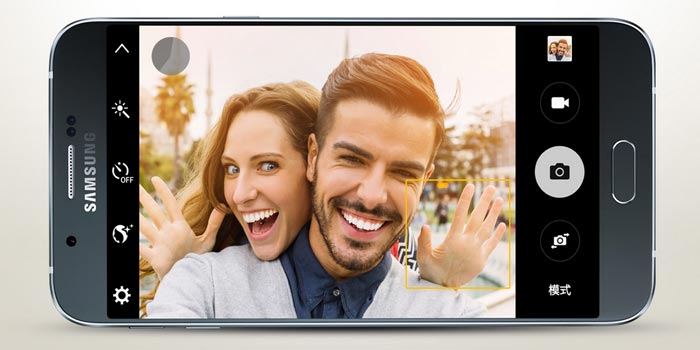 The Samsung Galaxy A8 will be available through online and offline retailers starting from today in white, gold and black versions.