Available to buy in India from today onwards will be the new Panasonic Eluga Mark smartphone which has its price set at Rs 11990. At that cost, you’re getting a 5.5-inch Android device bearing 4G LTE support and a fingerprint scanner for additional security.

The new Panasonic Eluga Mark holds its scanner on its back panel, right below its 13MP main camera. This phone runs Android 5.1 Lollipop with the company’s very own FitHome UI on top, and showcases its visuals on a 5.5-inch 720p HD IPS display.

Inside the Eluga Mark, you can find a 1.5GHz octa core Qualcomm Snapdragon 615 processor which combines its prowess with 2GB worth of RAM in order to offer smooth operations. As for the storage, it stays put at 16GB, but the device does offer a microSD card slot allowing additional space of up to 32GB. 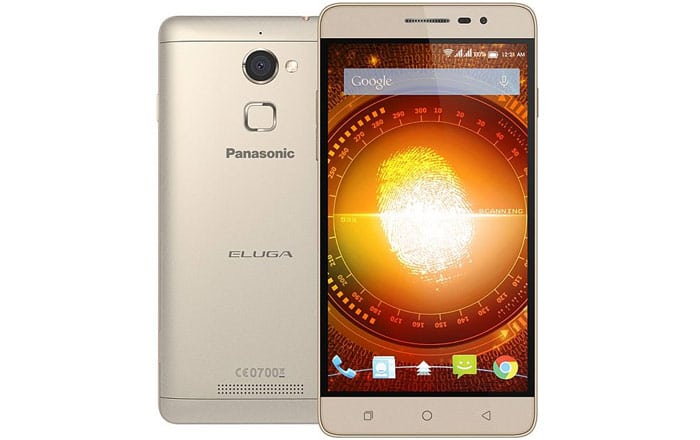 At the front of this Panasonic handset you’ll be able to spot a 5MP selfie camera as well. Powering the entire assembly is a 2500mAh battery which promises long usage. Royal gold and metallic grey are the two color options this smartphone will be sold dressed in.

A quick glance at the main specs of the new Panasonic Eluga Mark:

The new Panasonic Eluga Mark will be sold in India through online as well as offline channels. Like we said, its price has been set by its makers at an attractive Rs 11990, making it a competitor to the Lenovo K3 Note which is doing quite nicely in the market right now.