There’s a new Microsoft Lumia 550 smartphone that’s ready to be released, as a press render of this device has just been spotted online. This low-end phone is expected to be unveiled alongside the flagship Lumia 950 range at a New York City event on October 6.

One of the main selling points of the Microsoft Lumia 550 will be the fact that it offers a front facing flash. That automatically puts it in the selfie phone category which is growing at the moment at a much faster pace than we had expected.

The render you’re seeing in the space down below has come via the @evleaks Twitter account. This Microsoft device has been leaked in the past, and has been revealed to be the beneficiary of a 4.7-inch 720p HD display. It will apparently run on a 1.1GHz quad core Qualcomm Snapdragon 210 processor. 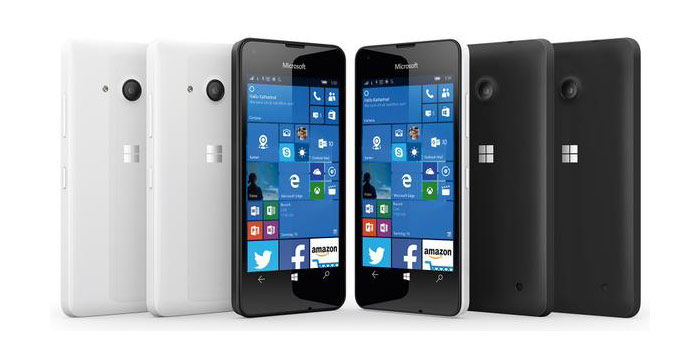 One of its biggest highlights will be its Windows 10 OS. This mobile version of the company’s software is still to be officially showcased, but even that is expected to happen on October 6. Coming back to the hardware, a rear camera with flash is indeed present on with a resolution of 5MP. This device will offer LTE support, and is expected to ship with dual SIM slots in relevant markets.

Here’s a quick glance at all the leaked specs of the Microsoft Lumia 550:

Let us now cool our heels until October 6 in order to grab more details about the new Microsoft Lumia 550. It’ll really be interesting to see what kind of price tag is granted to it by its makers.