After its debut in Asia and an impending launch in Europe, the AT&T LG G Flex cost for the US has now been revealed. The device has been placed for pre-order by the carrier, and as expected, it can be yours at the high price of $299.99 and a two-year agreement.

The curved smartphone is also slated to hit T-Mobile and Sprint soon, so those loyal to the said carriers may want to hold off. As for the LG G Flex release date on AT&T, the company tells us that it will begin shipping the phone on February 4. Those interested in the carrier’s Next schemes may take note that the handset can be grabbed for $34.75 per month with AT&T Next 12 or at $26.73 per month with AT&T Next 18. 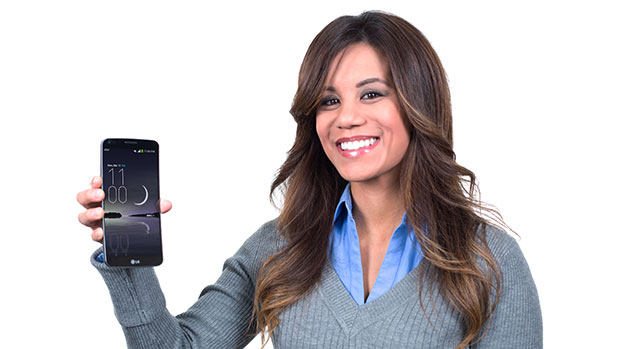 The LG G Flex price off-contract has been locked at $694.99.The device which was introduced last year is highlighted by its curved form factor and its high specifications. The plastic OLED display on it is 6 inches in size, and along with it, even the phone’s battery grabs an arched design. Powering the handset is one of the best processor’s in town, whereas 2GB of RAM provides it with the needed assistance to grant an ultra-smooth experience.

Like we said, AT&T has begun taking pre-orders for the phone in the US. And its deliveries should start from February 4 onwards. Even if you don’t want to sit through an LG G Flex review because you’re just not going to buy it, here’s a video of its awesome self healing prowess.