The Samsung Galaxy Note Edge is a smartphone that prides itself on its display which is curved towards its side to render additional screen space. After its launch back in September, it has now finally managed to reach India with its retail value set at Rs 64900.

However, the Samsung Galaxy Note Edge won’t be made available for purchase until the first week of January. It will be doled out dressed in charcoal black and frost white color options, and will only be targeted towards a particular category of audience owing to its high price tag. 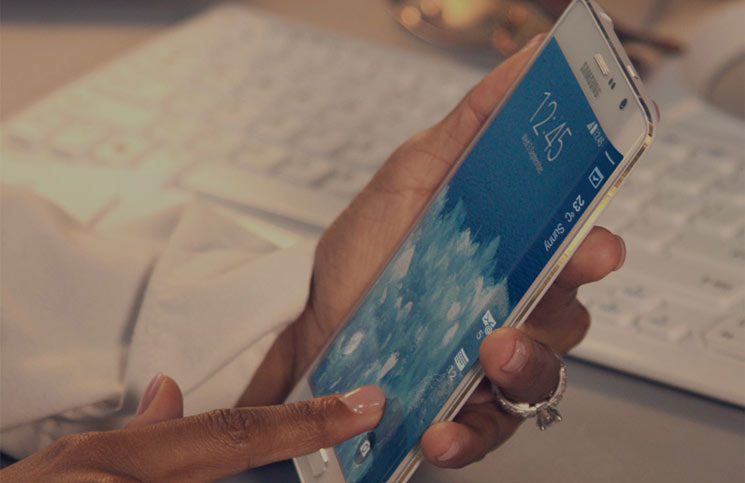 The Galaxy Note Edge is highlighted by its curved 5.6-inch Super AMOLED panel bearing a main resolution of 2560 x 1440 pixels and its curved part which offers visuals in 160 pixel resolution. Equipped with the Android 4.4 KitKat OS, this phone runs on the pairing of a 2.7GHz quad core Snapdragon 805 CPU and 3GB worth of RAM.

Samsung has fitted the device’s rear with a 16MP Smart OIS camera, whereas a 3.7MP snapper has been granted to its front. A 3000mAh battery provides it with the necessary juice needed to keep going for hours on a single charge. Lastly, there’s 32GB of storage present onboard, apart from a microSD card slot.

A short look at the specs of the Samsung Galaxy Note Edge:

Like we said, the Samsung Galaxy Note Edge will be released in India in the first week of January. If you’re interested in purchasing it, make sure to start collecting the Rs 64900 you’ll need to grab one for yourself.