Google’s Nexus smartphones have been an alternative to costly flagships and it looks like there’s some serious competition heading its way with the OnePlus One handset going official. The device is priced at just $299, making it $50 cheaper than the Nexus 5. What’s more, it is also much faster and has the latest hardware onboard.

Almost everything about the OnePlus One has been known for a long time now, but this is the first time we’re seeing the handset in the flesh. The phone shares a lot of resemblance to Oppo handsets. In fact, we find it quite similar to the recently launched Find 7. It’s indeed a looker and quite slim as well, at 8.9mm in thickness with the slimmest point being 4.6mm. 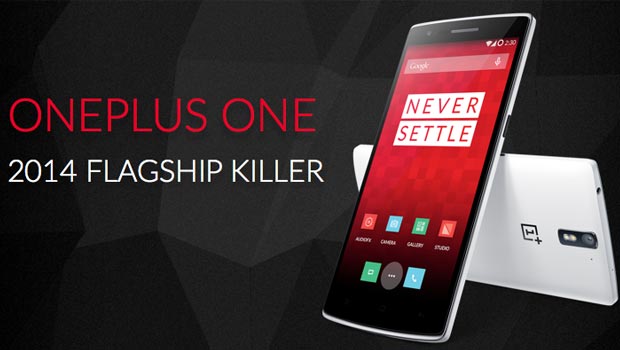 The phone is being offered in two variants, silk white and sandstone black, each carrying a distinct texture on the rear. Then there are StyleSwap covers as well, which come in premium options of kevlar, bamboo and denim amongst others. The OnePlus One runs on a custom version of CynogenMod and it’s likely to receive quick software updates, probably not long after sources are released by Google. Performance-wise, the device has flagship specs with components akin to that of the Galaxy S5.

The aforementioned price is for the 16GB OnePlus One, while the 64GB model will retail for $349. Apart from the US, the smartphone will be available in Canada, Finland, Germany, France, the Netherlands, Portugal, Spain, Taiwan and the UK.