HTC launched the Desire 820 and Desire 820q smartphones in India less than a month back, but for some reason, it chose not to reveal the pricing for either handset. Well, that was mainly because it was waiting for the day it would reveal the Desire Eye and M8 Eye in the country, which has now happened.

At the launch event, the company revealed that the HTC Desire 820 would be available for purchase at just Rs 24990. The Desire 820q, on the other hand, has been priced a bit lower at Rs 22500. Both smartphones are 64-bit enabled and they carry Qualcomm processors. 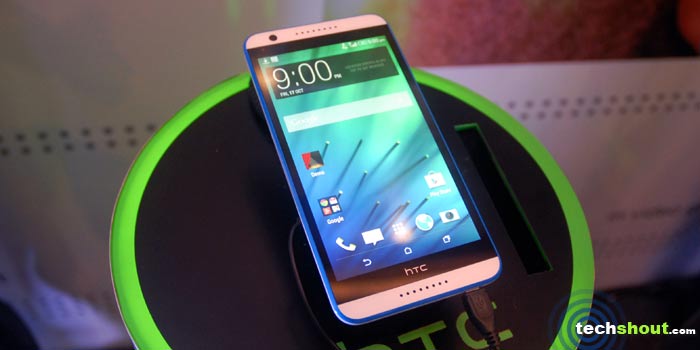 The former is powered by the latest Snapdragon 615 octa core chip based on the Cortex A53 from ARM, while the latter has a quad core Snapdragon 410 SOC (same ARM CPU) doing the heavy lifting. Of course, the Desire 820 will be significantly faster compared to the ‘q’ model, especially where graphics are concerned.

Both handsets should get a speed bump with Android 5.0 Lollipop. What’s more, they share similar hardware like BoomSound speakers, a 5.5-inch 720p HD display and a 2600mAh battery, but there are some other alterations as well. For instance, the Desire 820 has 2GB RAM, while the 820q model comes with only one gigabyte of system memory. HTC has also thrown in Android 4.4 KitKat and the latest Sense 6 UI.

The HTC Desire 820 and Desire 820q will go on sale in India via retail stores starting from November 4.