Android 5.0 Lollipop is the talk of the town right, and while all of Google’s eligible yesteryear flagships received it on November 12, the Nexus 4 had to make do without the update until now. Yes, the factory image of the newest version of Android is currently live, and can be flashed by those willing to do that manually.

Those who prefer waiting for an OTA download can rest assured that it will be provided to their devices in the days to come. Others can head over to Google’s developer website to download their images and get going with the Android 5.0 Lollipop experience on their old but still relevant Nexus 4 handsets. 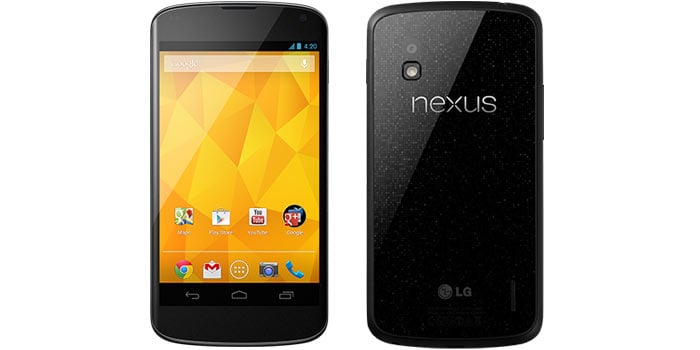 With its build number set at LRX21T, this download is 471MB in size and the process of flashing manually is only recommended to folks with a little bit of experience in the field. Otherwise, the simple OTA download is not too far away from reaching your devices anyway.

The 2012 Nexus 4 phone was made by LG on the blueprint of its Optimus G. In our review of it we found it to provide ‘incredible value for money with its advanced attributes.’ It’s great on performance and is brilliantly designed as well.

A short glance at the specs of the Nexus 4:

With the Nexus 4 having received its Android 5.0 Lollipop treat, all of Google’s eligible Nexus devices now have the software. It’s hence the turn of the Google Play Editions and then the Android One phones to get the update.