The Samsung Galaxy S4 has a Google Play Edition if you still remember it, and it’s now receiving its Android 5.0 Lollipop treat. This update is being rolled out for it in an OTA fashion, and is being said to be around 500MB in size.

The Samsung Galaxy S4 Google Play Edition was released in June 2013, and has already been discontinued by Mountain View. While it was unveiled as a flagship for the Android 4.2.2 Jelly Bean OS, it has managed to stay up to date till the Lollipop update at least. 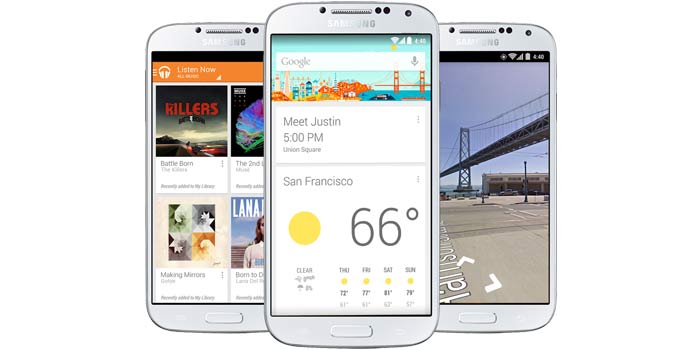 As revealed by Android Police, the build that is being sent out to this Samsung device is named 5.0.0 one and not 5.0.1. This means one more download which contains nothing more than a few bug fixes is right around the corner for the handset.

If you’re not aware, the Google Play Edition program is aimed at providing the Nexus experience through popular devices that are not made by Google. These handsets hence feature the stock version of Android which is their main selling point. Moreover, they also receive quick software updates, although this one for the S4’s GPE has been quite a latecomer.

Here’s a quick look at the specs of the Samsung Galaxy S4 Google Play Edition:

Anyway, what matters now is that owners of the Samsung Galaxy S4 Google Play Edition can now finally get their Android 5.0 Lollipop OTA downloads and start experiencing the fresh software right away.