Now the world’s second thinnest smartphone, the Oppo R5 is all geared up to enter the Indian market before the end of this month, according to an announcement made by its Chinese maker. While a particular price hasn’t been quoted by the company, it has indeed revealed that the device will be available for an amount between Rs 25000 and Rs 30000.

The Oppo R5 used to wear the crown of the thinnest smartphone in the world until only 2 days back. That’s right; the extremely thin 4.85mm form factor of this phone was one-upped by Vivo’s new X5 Max device which comes enclosed in a 4.75mm body. 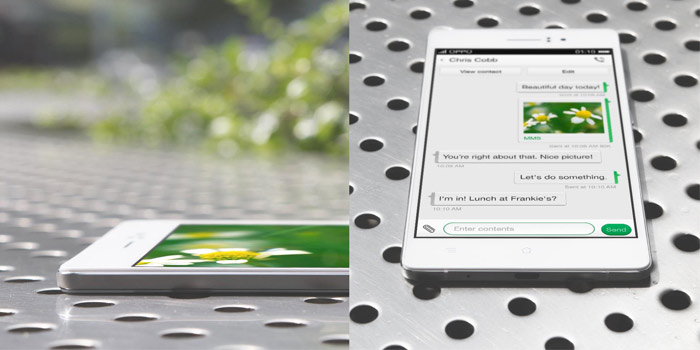 And with that Vivo device also having been slated to arrive in India this month – December 15 is when it will be launched here – it’s no surprise that Oppo has chosen to reveal details about its thin handset at this point. It’ll be interesting to see what kind of a retail value the X5 Max will bring along with it.

The R5 features on it a 5.5-inch full HD touchscreen display, and runs on a 1.5GHz octa core Snapdragon 615 processor. It carries onboard a 13MP rear snapper and a 5MP front-facing camera, among other advanced components.

Here’s a quick look at the specs of the Oppo R5:

We’ll have more on the Indian launch of the Oppo R5 when new details on the matter are out in the open.