There was earlier a claim made by Sony that the Xperia Z2 will only be sold in the US in unlocked form, not bound to any of the major carriers’ networks. Why then was the image of the same device bearing a Verizon logo posted on its official Google+ page? It was an accident says the Tokyo-based company.

Before it quickly managed to take the uploaded image down, Android Central managed to grab a copy of it. As can be seen below, the Verizon branding has been clearly placed around its earpiece. The website later also received a statement from Sony, clearing out the whole fiasco. 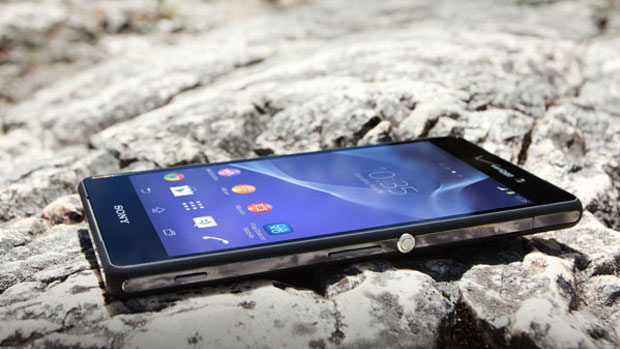 Referring to the photograph as a ‘mock-up image,’ the company has apologized for any confusion and has reiterated that the Xperia Z2 will be out in the US this summer in unlocked form. It now seems that Sony had plans of releasing carrier-branded devices earlier but had scrapped them and this image is a remnant of that phase.

This powerful KitKat handset was unveiled at this year’s Mobile World Congress as a water and dust-resistant featuring a high-definition 5.2-inch display. It is fueled by a Snapdragon 801 processor, and is capable of recording 4K videos as well.

There’s still no official word on the US release date of the Sony Xperia Z2, but it has once again been confirmed that for now, only unlocked versions of it will be launched there.

Here’s a look at the specs of the Sony Xperia Z2: