TechShout
Home Mobile Phones Dual display YotaPhone is headed to India, could be a Flipkart exclusive

Everyone wants a piece of the booming Indian smartphone market including Russian OEM Yota Devices which plans to bring its dual display YotaPhone to the country soon. Well, the company hasn’t disclosed this information officially, but it looks like it’s teaming up with Flipkart to offer the handset and the e-commerce website has accidentally spilled the beans.

A listing for the YotaPhone was spotted on Flipkart, but was quickly pulled. Well, MacTekBlog managed to take a screen grab of the page as proof (see below). This clearly shows that the smartphone carrying the model number c9660 is headed to India and we’re likely to see it go official in a couple of weeks as the festive season is nearing in. 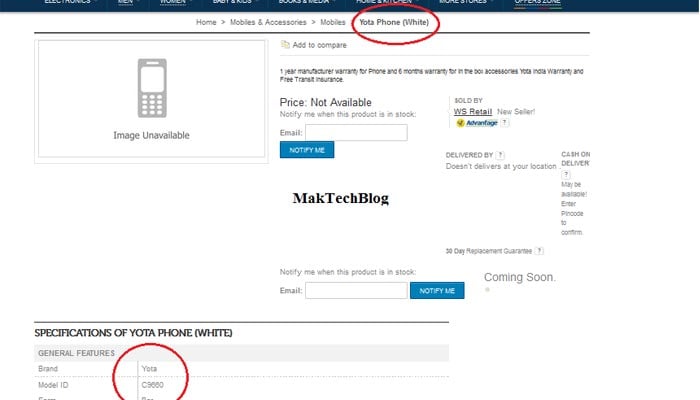 Now, the handset headed to India is the 2013 YotaPhone and not the second generation model which went official earlier this year with some pretty beefy specs. The phone was the first in the Android ecosystem to offer dual displays – both 4.3 inches – where the main screen is an IPS LCD with 720p visuals, while the rear-facing one is an e-paper monochrome panel with 640 x 360 pixel resolution.

Also read: Jolla Sailfish OS smartphone is available in India and isn’t as expensive as we expected

The secondary display also has an always-on state which means that you’ll be able to view messages, answer calls, check the weather and more without the need of turning on the main screen. The monochrome panel consumes very little power, so you can expect some pretty good battery life as well. 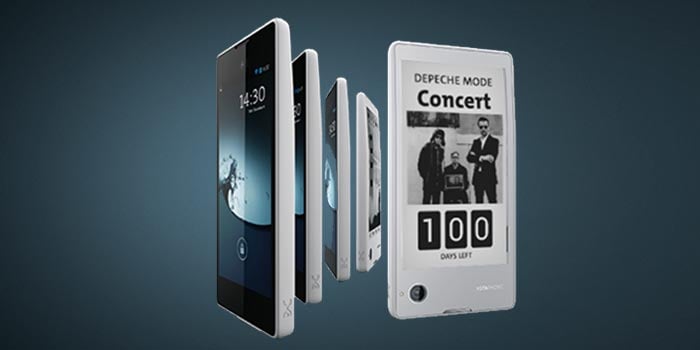 Here’s a quick look at the YotaPhone’s main specs:

The YotaPhone is currently selling at RUB 13990 which amounts to approximately Rs 21760 in India after conversion.