Say hello to the Goophone i5C, a cheap rip-off of what could be the iPhone 5C. Clones of popular smartphones are everywhere, but they usually arrive after a particular device goes official. And as you know, Apple is yet to announce its upcoming flagship as well as the budget-friendly alternative, so how did Goophone clone the device without knowing what it looks like?

Well, that’s pretty simple. There have been numerous leaked images of the purported iPhone 5C and based on these renders, the Goophone i5C has been created. What’s more, the company also has the i5S, a fake iPhone 5S amongst various other rip-offs. The level of copying isn’t limited to the design only. A heavily modified version of Android 4.1 has been loaded onto the device which delivers an iOS-like interface and features. You’ll be able to conveniently switch between the iOS and stock Android UIs. Check the video below for a quick preview on the i5S model. 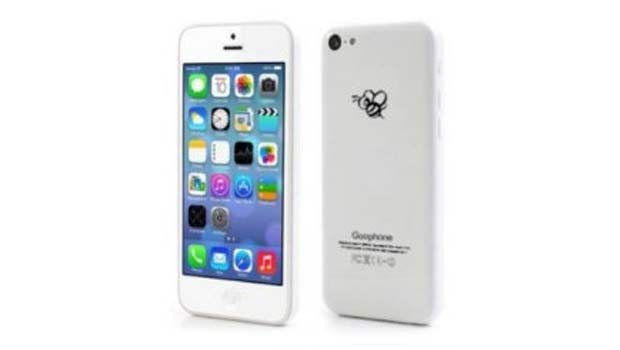 The Goophone i5C features a 4-inch 480 x 854p touchscreen and a 2MP camera on the front, while the rear sports a 5MP snapper. Doing the heavy lifting on the inside is a dual core MTK6572 processor clocked at 1.2GHz, PowerVR SGX544 graphics and 1GB of RAM. Other attributes comprise of 4GB ROM, Wi-Fi 802.11 b/g/n, Bluetooth 2.0 and A-GPS amongst others.

We know that the iPhone 5C will be an affordable alternative to the 5S, but the cost is still likely to be a bit high (around $349 for 16GB). The Goophone i5C on the other hand, will set you back by just $99.99. It’s currently listed as out of stock on the company’s online store.