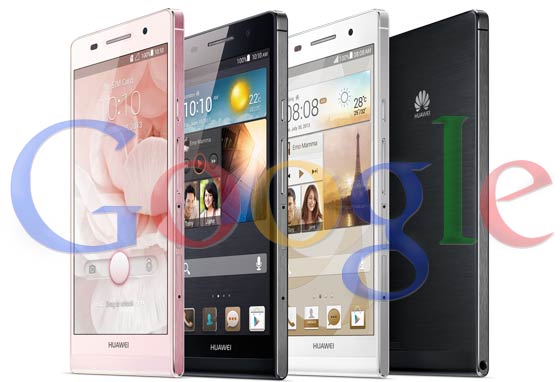 There’s a fresh trend building up it seems, seeing as news of a possible Huawei Ascend P6 Google Edition has jumped out of nowhere. After Samsung and HTC let go of their respective user interfaces to deliver the Vanilla Android experience, it’s now the turn of Huawei to do the same. At least that’s what a fresh rumor seems to suggest.

Pocket-lint has learnt from none other than the president of the handset product division at the company, Kevin Ho, that collaboration with the Mountain View giant for creating a Huawei Ascend P6 Google Edition running the stock Android OS could indeed be a reality. In a tete-a-tete with the website, Ho revealed that both companies are analyzing the possibility of bringing out such a product at the moment.

But as has been pointed out by Pocket-lint itself, this is something that doesn’t quite fall into place alongside what the Chinese manufacturer’s chairman had said during the phone’s launch in London recently. Giving no hints about a possible Huawei Ascend P6 Google Edition, he claimed that the company’s very own Emotion UI is much better than the stock Android experience, with ‘hundreds of improvements’ having gone into it.

Even if we actually see a Huawei Ascend P6 Google Edition coming out, its internal hardware will of course remain the same impressive deal it is right now. Packaged in a 6.18mm profile, this smartphone beams its visuals onto a 4.7-inch LCD touchscreen which proffers an HD resolution. A quad core processor ticking at 1.5GHz finds its way underneath its hood, whereas it is assisted in its job by 2GB worth of RAM. The phone also bears an 8MP main camera, a 5MP front snapper, 8GB of onboard storage and a 2,000mAh battery among other features.

We’ll have more on the Ascend P6 Google Edition if we manage to learn something extra about this rumored device.