TechShout
Home Mobile Phones And it’s official: Huawei’s Ascend P6 can be yours for Rs 29,999

Huawei’s Ascend P6 has been rumored to launch in India since July and while we seen it show up on the company’s website as well as a couple of online retailers a few days back, the device has now been officially given the green card for sale in the country.

The smartphone was announced back in June along with availability details for Europe. In the past months, various reports suggested that the company could be working with Google to deliver a Nexus-like version or Play Edition of the device, but we haven’t heard anything new about it ever since. The Ascend P6 is a mid-range offering, but what makes it an alluring pick is its beautiful design and super slim form factor of just 6.18 millimeters. 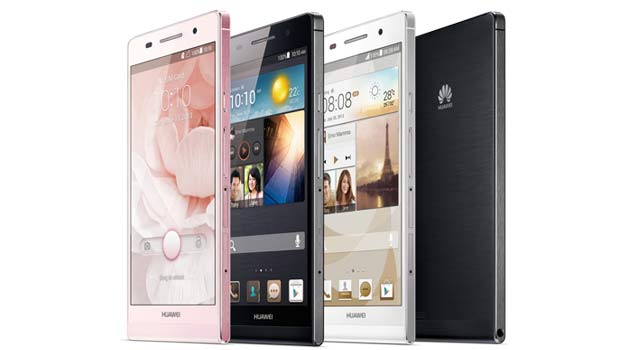 The phone tips the scales at 120 grams. There’s a 4.7-inch touchscreen on the front that offers visuals in 720p HD. The company has also thrown in its Magic Touch technology which permits the use of gloves while operating the device. The Android 4.2.2 platform is onboard along with the company’s Emotion UI.

Delivering the steam is a 1.5GHz quad core K3V2E processor, while 2GB of RAM provides enough memory for apps to run smoothly. You also get a 5MP front camera with 720p recording, an 8MP rear snapper that can capture footage in 1080p and a 2000mAh battery amongst others.

The device will be available for purchase in India at Rs 29,999, as suggested previously. While the said rate is the MRP, you can expect it to sell for a bit cheaper through retailers.