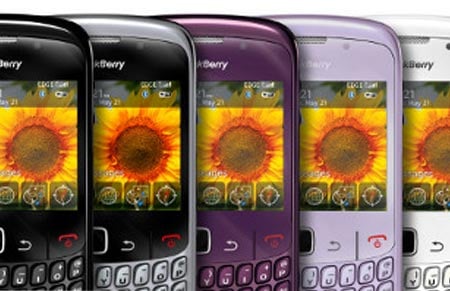 BlackBerry was seen waving around the BlackBerry Curve 8520 in India and other parts of the world before the 9300 series came about and it’s listed online for an attractive price of Rs 6,999 currently. That’s way lower than the officially discounted rate of Rs 8,999 it was marked at in March 2012.

While we’re not exactly expecting the BlackBerry Curve 8520 to be given away for free, holding onto a tag close to Rs 9,000 seemed a bit silly considering that it was announced way back in 2009. Well, the handset’s cheaper now and here’s a quick summary of the specifications for all those who are bent on purchasing it.

The BlackBerry Curve 8520 shows off a 109mm x 60mm x 13.9 mm form factor and weighs merely 105g. It has a 35-key QWERTY keyboard with back-lighting as well as an optical trackpad for easy navigation. For those who aren’t keen on touchscreens, the last mentioned feature should offer a smooth way of browsing the web. The display pasted across the front is a 2.4-inch 320 x 240p one and the body is embedded with dedicated function keys.

So send/power, end, mute, escape, menu, left and right convenience keys as well as 2x zoom/volume can be accessed by users without breaking a sweat. There are also special media keys to go forward, back or play. A 2MP fixed focus camera on the back serves basic photography requirements. This may be a disadvantage considering the higher resolution lenses that decorate rivals in the mid-range segment, but then, the brand was never really keen to deliver beyond great messaging and mail management functionality until the Bold 9780. 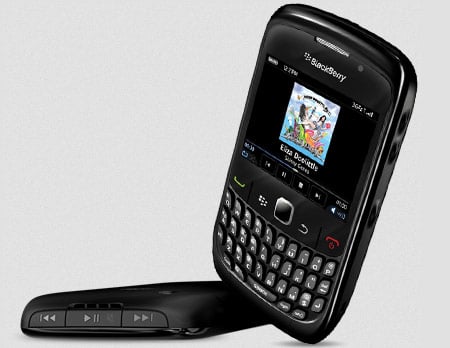 Running BB OS 5, the handset doesn’t go beyond 2G, Bluetooth and Wi-Fi in terms of key connectivity capabilities. The company has stuffed in 256MB of internal memory with the option of throwing in a microSD card of up to 32GB. A 1150mAh Li-ion battery hidden under the hood keeps the smartphone pumped up for close to 4.5 hours of talk time or 17 days of standby. Lastly, BB Maps (minus GPS) is pre-loaded onto it, enabling users to avail of directions to local businesses, turn-by-turn routes and maps, of course.

Not many retailers are stocking the BlackBerry Curve 8520 in India at present and it’s not in production any more. So ‘right away’ would probably be a good time for fans to buy it.