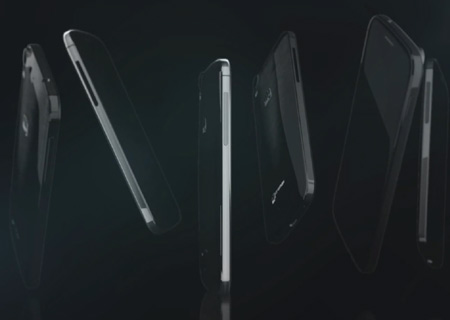 A couple of teaser videos have surfaced for the Micromax Canvas 4 on YouTube and it looks like the device’s official launch isn’t far off with just about ten days left to go for pre-orders to begin. Micromax has several members in this particular series including a phone with a 3D display and popular handsets like the HD and 2 Plus.

The Micromax Canvas 4 will be the latest flagship for the company and it will also be the successor to the HD version which went official earlier this year. Very little is known about the smartphone as we’ve only been able to get a glimpse of its exterior. Recently, the company uploaded 2 teaser videos which show off the device’s form factor. The tagline for the new handset is ‘Can life be endless?’ which suggests that there could be a high capacity battery onboard.

The front looks to be host to a 5-inch display. HD resolution is what we anticipate, but if the manufacturer wants to take things up a notch, we might see a 1080p panel on the Micromax Canvas 4. The likelihood of a FHD screen is quite high considering that a few companies have managed to squeeze such displays into budget-friendly handsets like the Wickedleak Wammy Passion Z and the Lemon A4.

As per what the video shows, the phone will feature rounded edges which are designed from metal. The remaining body is said to be crafted from polycarbonate and the rear panel is dressed in a textured brush metal finish. The first teaser clearly indicates the presence of a 13MP camera on the rear with an LED flash. Also, the device looks to be quite slim, possibly around 8mm in depth.

Apart from these, we can only speculate about the remaining components. The Micromax Canvas 4 will definitely be on the beefy side compared to its predecessor. So our best hunch here is a Cortex A7 quad core processor (something more powerful is anticipated), 2GB of RAM, 8GB or 16GB of onboard storage and Android 4.2. 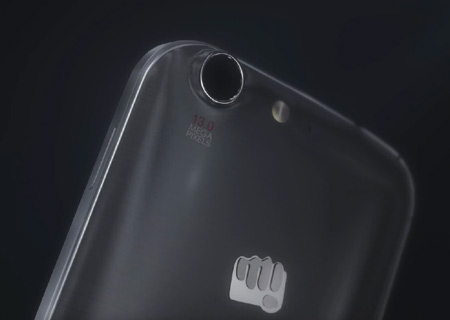 The current flagship is available for Rs 13,850 and we expect the Canvas 4 to carry a price that’s over Rs 15,000. Also, we wouldn’t be surprised if the company delivers a hefty retail tag of over Rs 20,000, that’s provided the smartphone arrives with a good deal of hardware components.