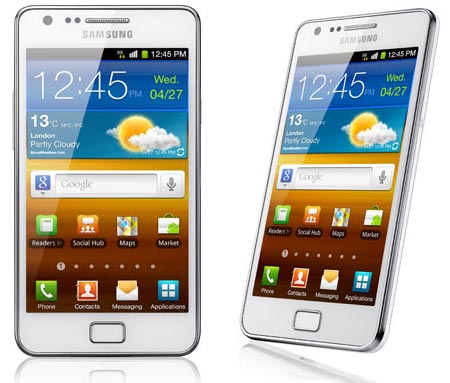 Samsung fans who are looking to pick up the Samsung Galaxy S2 in India are in for a treat seeing that the phone is selling for a much lower price as compared to its newer siblings. Even though it may seem to be outdated by two generations, the handset still has some pretty decent specs to boast about.

The Samsung Galaxy S2 I9100 initially arrived with Android Gingerbread, but it has now received an official update to Jelly Bean. To see how the specifications compare to that of the latest one, it sports a 4.27-inch Super AMOLED Plus 480 x 800 touchscreen, 1GB RAM and an ARM A9 Cortex dual core processor.

Right now, the company is only listing the model with the onboard memory of 16GB and expandable hoarding space reading at 32GB. The Samsung Galaxy S2 I9100 sports a squarish form factor as opposed to the curvier bodies being flaunted by the third and fourth iterations. Its back panel plays host to an 8MP camera with AF, LED flash and digital zoom.

All of this technology comes with a label marked at a whopping Rs. 40,300. When pitting the I9100 against its immediate successor, the latter shows off a 4.8-inch Super AMOLED screen, up to 64GB expandable microSD memory, a quad core 1.4GHz processor and an 8MP rear snapper. The eStore is vending it for Rs. 28,050.

The 16GB Samsung Galaxy S2 I9100 is being shown through the company’s eStore for a price of Rs. 25,900, though it seems to be out of stock for the present. But interested parties can also pick it up through other retailers across the country. 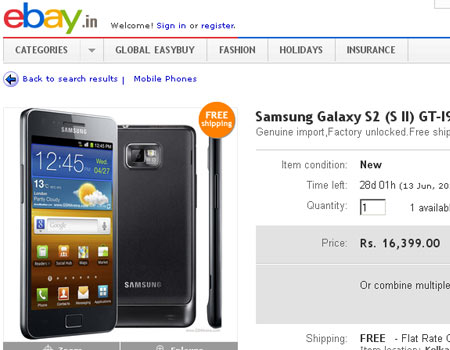