It’s probably too early to expect an image of the Samsung Galaxy S4 to pop up. But who’s to say that the picture posted above is not one of the actual device? Apparently, someone working with the manufacturer was eager to keep the buzz alive in spite of all the CES announcements, and cheerfully shared a snapshot of the upcoming phone.

The photo appears to be that of a poster or similar advertisement material, if not press shots, flaunting the Galaxy S4 in its full glory. According to SamMobile who’s the source of this juicy story, though they can’t seem to be certain if the image is indeed genuine, it looks ‘very sharp.’ Spot the difference between the S3 and the forthcoming device? The home button may be conspicuous by its absence and the touchscreen display appears to be larger in the one that’s yet to arrive. 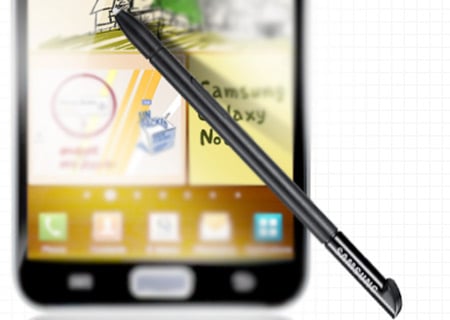 More expansive screen estate could explain the addition of the S Pen to the series. For those who missed the last rumor, there are speculations that the new S series member will borrow Samsung’s celebrated stylus from the Note. With a display which is anticipated to fall just 0.3 inches short of the original Note’s 5.3-inch screen, there may be something to these expectations. And going by the trend of high end smartphones coming loaded with 1080p displays, the device in question could also carry an FHD resolution AMOLED one.

Touching on the most interesting bit, a Korean SamMobile member who goes by the username tlagusgh3962, has submitted a photograph of the poster of an Unpacked event that’s to be held in Pyeongchang. The date given on the invitation? March 4, 2013. But ‘You think it was the GALAXY,’ followed by ‘Invites you to the Samsung Mobile unpacked 2013,’ don’t sound very convincing to us in terms of ‘word play.’ It must be noted that the South Korean company is also reported to kick off training sessions for employees in April.

This should mean an early March unveiling of the Samsung Galaxy S4 and then it’s launch into the market in the following month; that’s for anyone who wants to put two and two together. We’ll just sit tight and watch out for more on this front, perhaps buy a discounted phone and tinker around with it meanwhile.