The official video unveiling of the KitKat statue sweetened things up by accidentally leaking the Nexus 5 and it looks like the FCC may have just sprinkled a little more sugar on the top. A filing for an unannounced LG handset which carries the model number D820 has been spotted and even approved by the FCC. Now, we know that this doesn’t exactly say ‘Nexus 5,’ but there are a few revelations which highly suggest that the device and the recently leaked one are the same.

An image of the LG D820’s rear panel highlights that the phone will support Qi wireless charging and NFC. But most importantly, the design is almost identical to the alleged Nexus device seen at Google HQ. S4gru first reported about the filing for the LG D820 and Engadget has followed up with some pretty interesting details. The firmware running on the phone has managed to give out some information. It mentions M8974A which is a Snapdragon 800 SOC and Key Lime Pie which is surprising since the next version of Android will be KitKat. Just so you know, the FCC filing is a month old and was temporarily taken down for ‘confidentiality reasons.’ 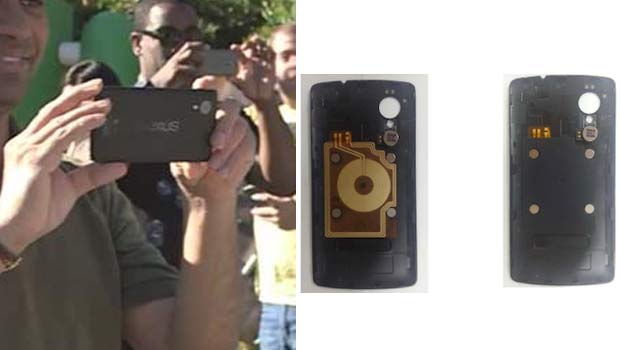 Brian Klug from Anandtech managed to come across the display size which is 4.96 inches, and the phone’s dimensions, 131.9mm (H) x 68.2mm (W), while snooping through the docs. The filing suggests that the LG D820 or Nexus 5, if we may, will be compatible with AT&T, T-Mobile and Sprint since it supports a wide spectrum of networks including GSM, WCDMA, EV-DO, LTE and TD-LTE. Apart from these details, the phone will arrive with Bluetooth 4.0, Wi-Fi ac and GPS amongst others.

Android KitKat is expected to go official by the end of next month. That’s when we expect the new Nexus 10 and LG Nexus 5 to make their appearance.