The strange name, Nokia Catwalk, is that of a Lumia 920 successor which is scheduled to come out in 2013, suggest reports. Rumors have surfaced, informing us the new handset is being developed with the said codename by the Finnish mobile giant. It will replace the company’s flagship product, and will come encased in an aluminum construction, making it lighter and thinner than the current Lumia models. What’s more is that it is slated to form part of a range of such handsets that will binge on the Windows Phone platform of course.

This fresh piece of information about the purported Catwalk aluminum phone has been revealed by The Verge, which cites ‘sources familiar with Nokia’s plans’ as its informants. It has also pointed out that two more Lumia models will be seen debuting this year as well, although details about them aren’t available. The Lumia 920 with its aluminum body, will in fact enable the company to put up a decent fight against Apple’s iPhone 5 in the size and weight department. 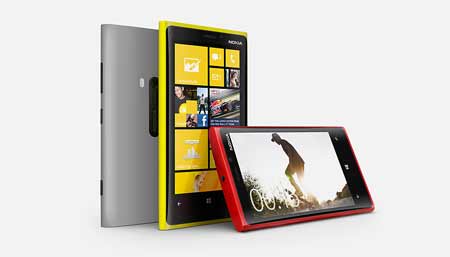 And as far as its supposed specifications are concerned, it is being speculated to feature similar traits as that of the current flagship which kicks in a 4.5-inch IPS TFT capacitive touchscreen, proffering a resolution of 768 x 1280p. Its dimensions read 130.3mm x 70.8mm x 10.7 mm, while the weight has been set at 185gms. This device has been equipped with a PureView camera of 8MP capacity that is accompanied by a dual-LED flash. A front-facing 1.3MP snapper is also present.

At the heart of the 920 lies a 1.5GHz dual core processor and 1GB worth of RAM. Its other highlights include the Windows Phone 8 OS and its wireless charging attribute. And while its follow-up is said to be dressed in aluminum, this handset – like all other Lumia smartphones – adopts a polycarbonate body. Prior to this, the Symbian 3-based N8 model was the one of the devices from the brand which we saw hitting the market enclosed in an aluminum casing.

The Lumia 920 successor, which has been codenamed Nokia Catwalk for the time being, hasn’t been officially revealed yet. Eager ones can expect the announcement to take place sometime later this year.