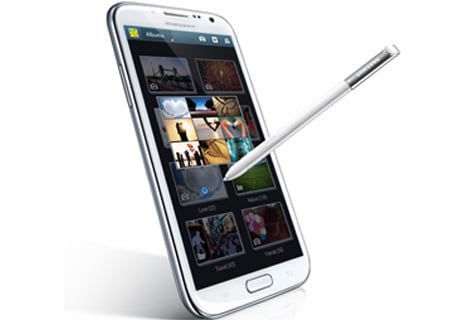 News is out that the Samsung Galaxy Note 2 will be hitting major US carriers including AT&T, U.S. Cellular, Verizon, T-Mobile and Sprint. A word to the hopeful – it’s all unofficial for now since the network operators in question are still sitting on the launch announcement for whatever inexplicable reason.

For those who remember, it’s only been a few short weeks since T-Mobile started vending the Note and then stopped selling it online abruptly. The Out of Stock sign lead many wagging tongues to talk about an imminent release of the smartphone-tablet’s successor, and that persistent status only seems to affirm the idea. The network operator was rather late when it came to picking up the original device and it’s probably hoping to join the Note 2 party earlier, we expect.

With regards to the proof backing this fresh bit of rumor about the gadget’s launch through the major US carriers, BGR has mentioned BriefMobile as the source of the news while pointing to a couple of interesting screen shots. The pictures depict screen captures from Verizon and AT&T versions of Samsung’s famed phone-tablet hybrid iteration. According to the leak, it will be the international variant that makes its debut stateside. The crumbs lead to 4G LTE support and the 1.6GHz quad core Exynos chip on the specs sheet.

There’s no word on the Samsung Galaxy Note 2 price in the US. Not that we’re too hopeful about receiving information on this front until Verizon, T-Mobile, AT&T, Sprint and U.S. Cellular are willing to admit a launch is in the works.