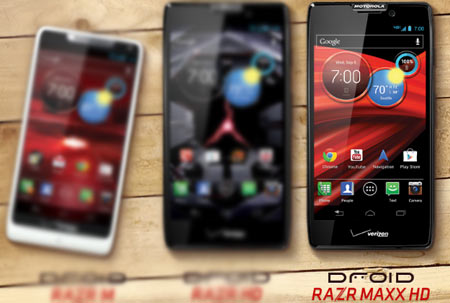 While the Razr M will be out by next week, those who have an eye on any of the other two new phones in this series will have to wait a bit for the Motorola Droid Razr Maxx HD Verizon release date to be announced. Going by the official word, the latter as well as the Razr HD could hit shelves at around the same time.

The handset sports a 4.7-inch Super AMOLED HD touchscreen. Its high point is the fact that Motorola says it can survive through a whopping 32 hours of average use between charges. In other words, the device can apparently render up to 13 hours of continuous video playback or 21 hours of nonstop talk time. The 4G LTE support is calculated to deliver download rates of roughly 5 to 12 megabits per second and upload speeds of 2 to 5 megabits per second. 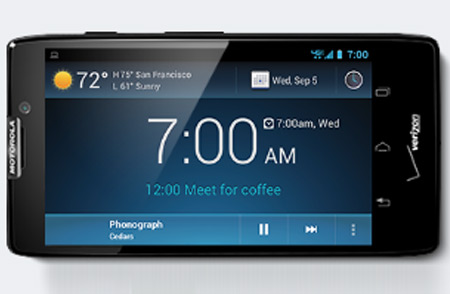 The smartphone runs Android Ice Cream Sandwich and gets its steam from a 1.5GHz dual core chip as well as 1GB RAM. The 8MP main camera on the back panel is supported by LED flash and 1080p HD recording, while there’s a front-facing sensor for making video calls. Wi-Fi, Bluetooth, GPS, up to 32GB microSD support, DuPont Kevlar fiber and Gorilla Glass protection are also mentioned on the specs sheet. When this Razr drops into the market, buyers will be able to pick it up in black.

The only thing we’ve been told about the Motorola Droid Razr Maxx HD Verizon release date is that it will reach the US before the holiday season.