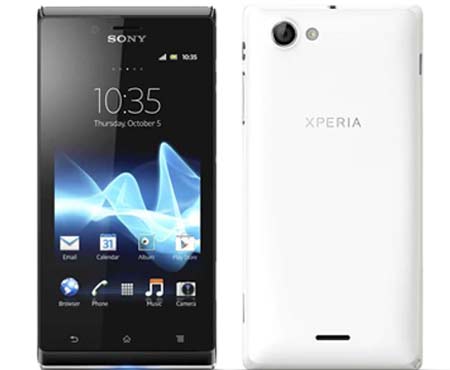 The Sony Xperia J price and release date details have been chalked out for the UK and the phone has geared up to toddle into the country towards the end of October. This device was announced at the IFA along with its siblings, the Xperia T and V.

The new device from the conglomerate is inspired by designs of the Arc series as well as the NXT lineup and adopts a slender, curvy chassis. Although it ships with the Android Ice Cream Sandwich platform, the phone is slated to receive the Jelly Bean update very soon. It hides a Qualcomm chipset under the hood that processes at a speed of 1GHz and allows users to carry out multiple operations at the same time. The front panel of the Xperia J is dominated by a 4-inch FWVGA multi-touch display of 854 x 480p resolution, reinforced with Corning Gorilla Glass. 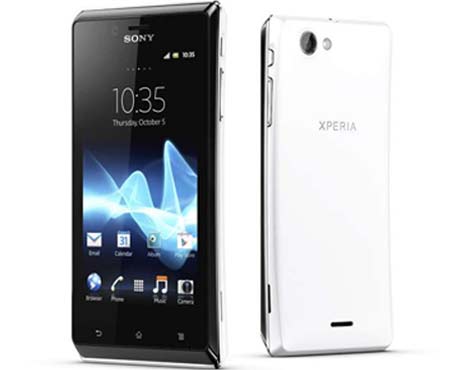 Its rear side sports a 5MP camera which boasts of possessing attributes like auto focus and LED flash. Featuring 512MB RAM and 4GB internal storage, it comes with an expansion slot to extend support to a microSDHC card of up to 32GB capacity. Users are also provided with 50GB of Box cloud storage along with the handset. The DLNA-certified smartphone is deployed with xLoud for an enhanced acoustic experience. Its wireless communication options include Bluetooth and Wi-Fi.

The Sony Xperia J price and release date details stand at £190.80 and October 29, respectively. It will be made available in shades of black, white, pink and gold through Clove in the UK.