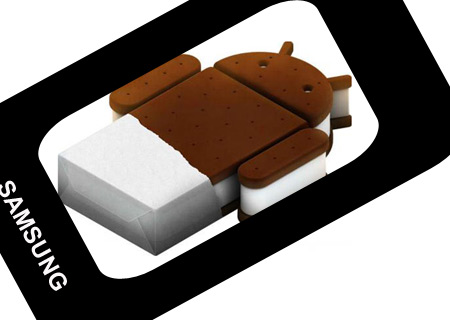 Move over Gingerbread, Google’s frozen dessert for the mobile OS buff is here to set those gossip mills churning. The web has been crawling with stories of the first Google Ice Cream Sandwich phone likely to be the Samsung Nexus Prime.

But BGR also slides in the possibility that we could even expect a ‘pure Google’ flagship smartphone from one of the Delaware corporation’s main partner companies. Apart from this, it’s been cited that the device could ditch physical menu keys and flaunt a 720p resolution screen.

Apparently, the phone is set to run on OMAP4460 processor steam and the display may be of the Super AMOLED HD ilk. It has been reported that the codename being used for the device at present is ‘Prime’ and the likelihood of it being a Google Nexus Prime cannot be overlooked.

The speculations about it landing without carrier preloads or OEM customizations should be a matter of interest to many. Because if Google does join hands with several carriers and OEMs over exclusives, then the Samsung Nexus Prime won’t be the only Ice Cream Sandwich phone to look forward to.