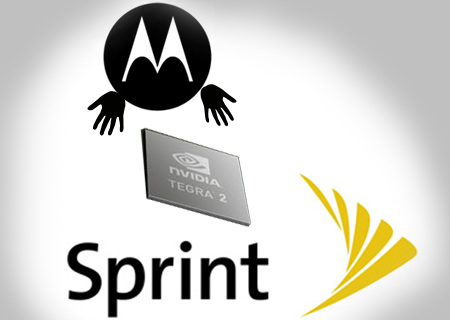 Nothing more than rumors abound regarding an upcoming ‘superphone’, though ignoring them would be like renouncing that adage about there being no smoke without fire. It sounds like Sprint decided to wake up and own an Nvidia Tegra 2 smartphone. And the stories point to it being the Motorola Photon 4G.

The device name has been confirmed as such, according to a post on Phandroid. As the unofficial word goes, it will sport dimensions similar to the Droid X or X2 and hence a 4.3” form factor. We’re likely to read 4G radio, qHD display and quite obviously, Tegra 2, off the spec sheet. Is this Sprint’s very own Atrix-like phone?

Though FCC documents about the handset haven’t surfaced as yet, that’s apparently no indication of it being nervous about entering the U.S. The aforesaid carrier may list the model number as MB855. What’s more, the forthcoming entrant is claimed to have acquired Wi-Fi ratification last month.

Even if a Motorola Photon 4G does arrive on Sprint soon, the carrier can hardly deny being a little behind times with others like AT&T, T-Mobile and Verizon Wireless already in the game.