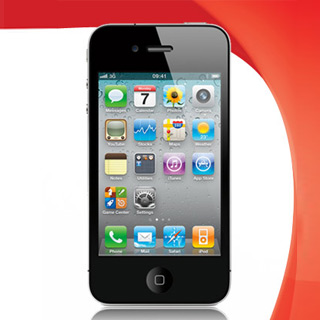 Back in April, we heard of Airtel getting adjusted and occupied with prepping the stage for iPhone 4 India launch. Finally, the company will be launching the Apple iPhone 4 on May 27, 2011.

To provide a quick glimpse over what’s inside the highly publicized device, a 3.5-inch (diagonal) widescreen multitouch display with 960 x 640 resolution and a slew of engaging apps get listed. There’s an impressive 5 megapixel camera which touts to deliver extremely clear visuals.

The experience of sharing moments gets better with the device’s 720p high-definition video recording, LED flash and photo and video geo-tagging. Some other highlights are Bluetooth, Wi-Fi, assisted GPS, three-axis gyro, accelerometer, proximity sensor, and ambient light sensor. Not to forget, the remarkably purposive FaceTime also secures a place under attractive aspects.

The feature-loaded, super sleek 16GB Apple iPhone 4 has been tagged at a price of Rs. 34,500 while 32GB at Rs. 40,900. So, start counting the hours since tomorrow punches the clock as a big day for Apple lovers.