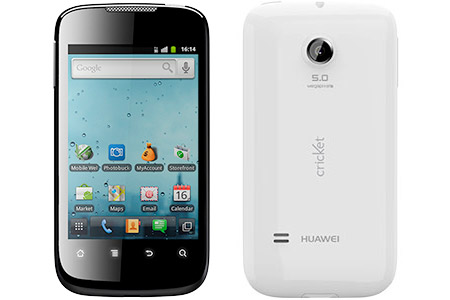 A recent announcement from Cricket Communications stated the launch of the Huawei Ascend II handset. The device is said to be a part of the highly affordable Android phone range revealed by the company, comprising most features found in high-end smartphones. As the successor to Ascend, this new phone features a host of new developments and changes, both in terms of its design and accessibility.

Even though the Huawei Ascend II is low-cost, it still packs in many features that should keep enthusiasts glued. The list includes a 5MP camera with video capture capabilities, MP3 player, microSD slot, Wi-Fi and 3G. With a 3.5” HVGA touchscreen and virtual keyboard, the handset runs on a 600MHz processor which is similar to that of its predecessor. The mobile OS however gets an upscale, with this phone operating on the Android 2.3 OS.

Furthermore, users will have access to applications such as YouTube, Gmail, Google Maps and Google search services. Also, the Ascend II handset is compatible with over two hundred thousand software on the Android Market.

Matt Stoiber, vice president and general manager of devices at Cricket Communications commented, “We are excited about the sleek, new Huawei Ascend II. The original Ascend has been our best-selling smartphone and the Ascend II is sure to impress our customers with its faster processor, 5 megapixel camera and the Android 2.3 Gingerbread operating system.”

Besides the reasonable hardware specs and features, customers will avail the all-inclusive Android plan offered by the company, which includes unlimited talk, text (national and international), MMS, 411 information and unlimited data usage over the 3G network. Also, those who opt for this plan can store and edit their mobile contacts online through a backup system called ‘MyBackup’ provided by the company free of cost.

The Cricket Huawei Ascend II smartphone is available at Cricket branded outlets and is priced at $179.99.