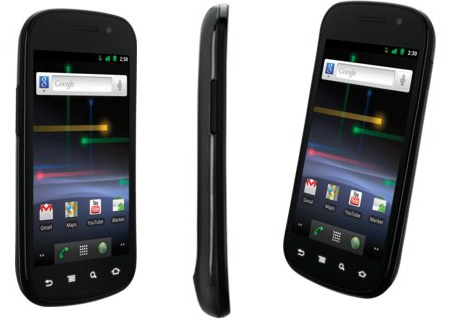 Never mind that other handsets have been coming out with Gingerbread as the mobile OS of choice, the Nexus S is still going to be flaunted as the first one to run it. Starting from today, Wirefly will be kicking off sales for the Sprint Nexus S 4G from Google.

The device is basically a 4G version of the original for Sprint. It happens to be the carrier’s fourth 4G smartphone on their 4G WiMax network. The specs barely stray away from the familiar ones like a 1GHz Hummingbird processor, a 5MP camera, a front-facing VGA camera, a 4” curved glass Super AMOLED touchscreen and so on.

“At Wirefly, we pride ourselves on being among the first retailers to offer the newest cell phones – Nexus S 4G being no exception,” commented Andy Zeinfeld, chief executive officer of Simplexity, parent company of Wirefly. “We are excited to offer this highly-touted device from Sprint to our millions of valued customers.”

Labeled the ‘first pure Google 4G device’, this phone permits direct access to Google mobile services and the freshest Android releases. Take Google Voice integration which allows users to manage up to 6 other handset from one Sprint number. Other features cover a couple or more sensors to appease the gaming fan and 3G/4G mobile hotspot capability.

Wirefly will be tempting new customers for Sprint with a $99.99 price tag on the phone. Existing subscribers who are eligible for upgrade will need to fork out $149.99. These deals are tied to two-year contracts on select plans and a $10 Premium Data add-on.