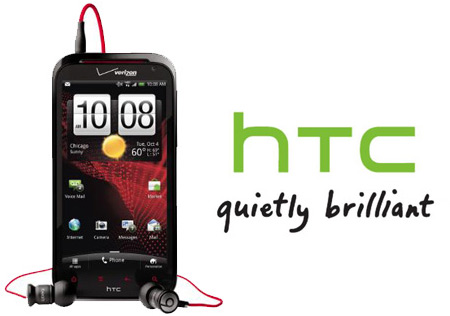 There is an understandable buzz surrounding Motorola’s Droid Razr launch tomorrow, but we had also reported that the Verizon HTC Rezound was announced by the company to be available from November 14 onwards. Apparently, the carrier has already turned in a few Rezound handsets to prospective users, even before the release of the Razr Droid.

The Verizon HTC Rezound is complete with Beats Audio and runs a 1.5GHz dual core processor, backed by 1GB of RAM. This Android Gingerbread smartphone is embedded with a 4.3-inch HD 720p Super LCD display and comes with features one would expect from any HTC device. So, it goes without saying that users would be able to experience the HTC Sense UI and HTC Watch for movie buffs to view entertainment content.

A report on Phandroid reveals that the HTC Rezound launch date has actually become irrelevant since a call made to Verizon and connected to a sales person allegedly means the phone will be up for delivery before the due date. A user is actually seen removing the packaging to reveal HTC’s new offering, in a video posted to the website.

What’s more, a few prospective users may be getting their Rezound by tomorrow, that is November 11, which still happens to be two days before the official date. If the specs have not impressed folks out there, those who are wondering about the buzz surrounding this smartphone should know that there has been a lot of anticipation that this gadget may get an Ice Cream Sandwich update in early 2012.

Unless the carrier has engaged its sales reps in a lecture on why the smartphone should not have reached the general public already, fans may probably still have a slim chance of laying hands on the Verizon HTC Rezound before November 14.