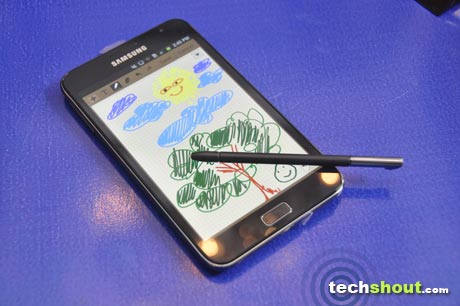 Those who thought that it’s only the Galaxy S II smartphone that can pack in a punch have probably not been acquainted with its slightly larger sibling in the series, the Samsung Galaxy Note which has launched in India. Having been officially released in the country today, the device is already up on sale for a price of Rs. 34,990.

Stated to be developed based on extensive consumer research, as if any company would want to state otherwise, the Samsung Galaxy Note presents itself with a 5.3-inch HD Super AMOLED touchscreen which portrays a resolution of 1280 x 800 pixels and a 1.4GHz dual core processor that’s backed by 1GB of RAM. Powered by the Android Gingerbread OS, the handset is accompanied by a number of applications such as ChatON, the Game Hub and a new category menu ‘S Choice’ under Samsung Apps. 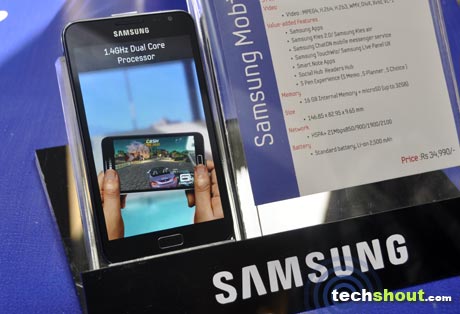 “Galaxy Note is a revolutionary product that seeks to open a new category in the mobile industry. While the Galaxy Note’s large screen provides a beautiful immersive viewing experience, the touch screen and advanced Smart Pen interface allows users to sketch, write , create and share more than ever before from one device. Based on its unique combination of connected and creative freedom, Samsung Galaxy Note redefines and enhances the mobile communication by offering a more advanced, productive and creative user experience than ever before,” expressed Ranjit Yadav, Country Head, Samsung Mobile & IT.

Equipped with the Smart Pen, users can conveniently input text just like writing on paper. And with the built-in handwriting recognition, the text is accurately converted into digital characters too. Additionally, the pen can even be utilized to easily crop the screen in any shape or whilst editing images and video. What’s more, with the device’s high multitasking capabilities, two or more native apps can be operated simultaneously side-by-side through the split-screen option. 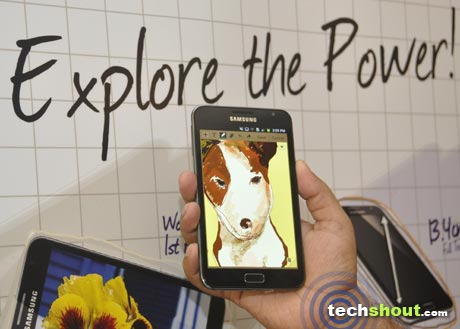 As mentioned before, the Samsung Galaxy Note price tag reads at Rs. 34,990 and it is available in India starting today.