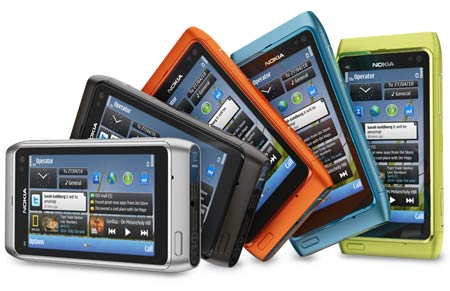 The ecological conscious of manufacturers and developers in the technological realm has been manifesting ‘green’ in varied ways. Nokia and Telefónica have joined hands to expand the portfolio of eco-friendly options in the mobile phone segment. These companies have spruced up special versions of the Nokia N8 and C7 with an extensive environmental profile, revealed a post on the official Nokia blog.

Boasting of a power-efficient AMOLED screen and an ambient light sensor, these handsets have been noted to sport a sturdy, ecological standing. The Nokia N8 has been developed from bio-plastics while the C7’s construction utilizes bio-paints. Besides, these handsets have been equipped with energy efficient chargers which remind users to unplug the device when the power level reaches the optimum stage. Like other Nokia mobile phones, the development of these solutions has been distanced from PVC, BFR and RFR.

Enveloping an eco apps folder, these Symbian-based devices render an educational game namely Climate Mission along with third-party applications. In addition to such apps, the phone has been packed with a single page start-up guide. This is said to save 95 percent of paper while its minimal packaging can be easily recycled. Delivering a clean and refined experience, this venture is said to slip the N8 and C7 handsets which have been draped in orange, grey, silver and blue hues into a green swathe.

The special versions of eco-friendly Nokia N8 and C7 will be first launched in Spain followed by the United Kingdom, Germany, Argentina, Peru and Chile.