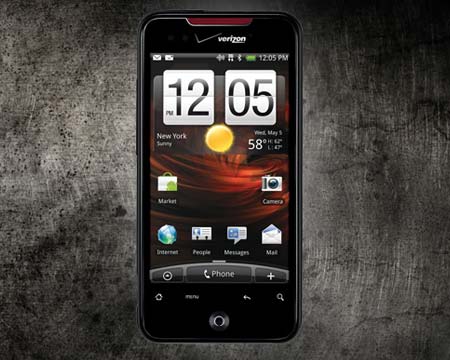 The HTC Droid Incredible has been spotted in the wild before with rumors, leaked images and speculations whetting the mobile buff’s enthusiasm to see it released officially. Verizon Wireless plans to launch the HTC Droid Incredible smartphone on their 3G network in the current month. The handset bundles in the HTC Sense experience and runs the Android 2.1 OS.

The HTC Sense experience is a seven-panel home screen that displays a range of interactive widgets which render access to important content at a touch. It allows for integration with Exchange ActiveSync and the Android Market. Its exterior features dedicated touch-sensitive Home, Menu, Back and Search keys for easy navigation of its assorted functions. The device houses a proximity sensor, digital compass and light sensor too. What’s more, users will be able to access NFL Mobile and Skype mobile applications by Verizon soon after the handset is released.

HTC’s Droid Incredible will be available for pre-order through Verizon Wireless’ online store starting from April 19. It will be out at Verizon Wireless Communication Stores on April 29. Its price tag reads at $199.99 accompanied by a two-year customer agreement. Customers are required to subscribe to Verizon Wireless Nationwide Talk and Email and Web for Smartphone plans that are priced upwards from $39.99 per month and $29.99 for unlimited monthly access, respectively.