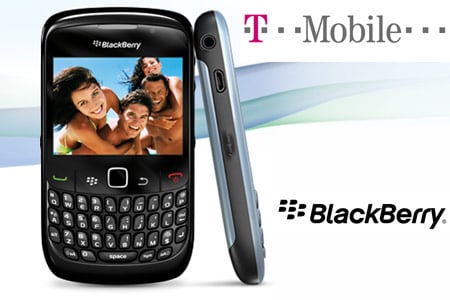 T-Mobile USA in collaboration with RIM has introduced an innovative smartphone that provides complete email, messaging, social networking, music and entertainment features for users on the move. The duo adds yet another BlackBerry device to the Curve series called as the BlackBerry Curve 8520.

Adorning a slim form factor, the novel Curve 8520 claims to be an extremely approachable smartphone. It is dressed in two attractive colors namely black and frost. The handset offers easy mobile access to email, messaging including IM, SMS, MMS and popular social networking sites like Facebook and MySpace. Boasting of a highly tactile full-QWERTY keyboard, the phone allows comfortable and accurate typing.

“People increasingly expect a rich, diverse experience with their phones because they’re using them in new and different ways,” remarked Travis Warren, director of product marketing, T-Mobile USA. “Adding the BlackBerry Curve 8520 to the T-Mobile line-up gives our customers a phone capable of helping bring balance to the chaotic demands of a busy professional and personal life.”

“More and more cell phone users are choosing to upgrade to a smartphone and the new BlackBerry Curve 8520 will undoubtedly convince many more people to make the switch. It delivers all the great messaging, social networking and multimedia features that have made BlackBerry the top-selling smartphone brand in the United States,” added Carlo Chiarello, vice president, product management, Research In Motion. “T-Mobile customers are going to love how easy it is to keep in touch on Facebook and MySpace and the full-QWERTY keyboard is amazingly fast and comfortable for typing on the go.”

Fashioned to be efficient and convenient, the handset brings to existence an innovative touch-sensitive optical trackpad. It allows easy scrolling and selection making for a unique navigation experience. The phone also claims to be the premier BlackBerry smartphone that sports dedicated media keys. Smoothly integrated on the top of the handset, the keys enable users to effortlessly control music and videos.

Other features of the smartphone includes 256MB Flash memory and a 512Mhz next generation processor for advanced performance and 2 MP digital camera with zoom and video recording. It also includes attributes like voice activated dialing, Bluetooth 2.0 support, enhanced media player for music, pictures and videos, a 3.5 mm stereo headset jack and BlackBerry Media Sync that allows easy and quick syncing of music from iTunes or Windows Media Player.

With complete access to BlackBerry App World, the phone packs in a wide range of third-party mobile applications that have been fabricated particularly for BlackBerry smartphones. They extend to the games, entertainment, social networking and sharing, news and weather, productivity and more categories. Incorporated with BlackBerry Internet Service support, the phone is enabled for up to 10 supported email accounts, including Yahoo!, Windows Live Hotmail, AOL and Gmail and the BlackBerry Enterprise Server support. The phone also includes expandable memory through hot swappable microSD/SDHC memory card slot which supports cards of up to 16GB and is expected to support next generation 32GB cards when available. With a 1GB card onboard, phone supports EGDE/GPRS/GSM 850/900/1800/1900 MHz quad-band networks.

The BlackBerry Curve 8520 smartphone will be available from T-Mobile on August 5, 2009.