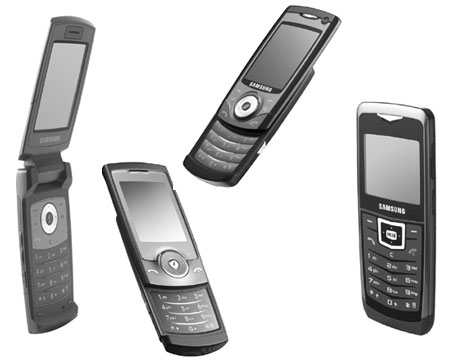 Samsung Electronics at 3GSM world conference unveiled the Samsung U100 phone, which is a part of Samsung’s Ultra Edition II line of handsets. Samsung claims the U100 phone which measures in at just 5.9 millimeters thick to be the world’s thinnest mobile phone.

The Samsung Ultra Edition II series of handsets consists of two slider phones, the Samsung U600 and Samsung U700, a clamshell phone Samsung U300 and the super thin Samsung U100

Geesung Choi, President of Samsung’s Telecommunication Network Business said, “We believe that the Samsung Ultra Edition II range completely embodies everything that today’s consumers are seeking in a mobile in terms of unique design and flawless performance.”

Choi added “We believe that the striking looks, exclusive feel and slim design of these devices, combined with uncompromised performance and function, will make the Ultra Edition II range an instant attraction to business users, fashion conscious consumers and multimedia enthusiasts.”

Samsung Ultra Edition II phones will be available in the first quarter, no price details have been reveled as of yet.