TechShout
Home Mobile Phones ‘Made in India’ phones like Nokia are all set to tap global... 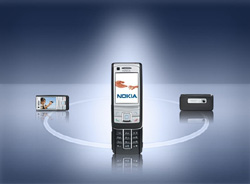 India, already the world’s fastest growing wireless services market, is set to become a handset manufacturing and export hub as giants such as Nokia and LG produce millions of phones in order to meet voracious demand.

Global handset firms are knocking on the door of Asia’s third-largest economy because of its established software industry, booming domestic market and attractiveness as a manufacturing stronghold that can be used to offset the possible risk of operating plants in China. “There is no question that everybody is planning for India to become a hub for (exporting) mobiles to the Middle East, neighboring countries and even Europe,” said Rajiv Kochhar, chief executive at Mumbai-based Avista Advisory.

“Software design capabilities are a big factor in setting up a shop–and India has them in abundance,” Kochhar said. More than 40 percent of the software that goes into Motorola’s iconic and ultra-thin RAZR handset is developed in its Indian research-and-development facility.

India’s domestic market, forecast to grow to $5.8 billion by 2010, is expected to consume about 55 million handsets this year, up 71 percent from 2005. Between 4 million and 5 million new users are coming into the market each month, attracted to the world’s cheapest local mobile call rates of as low as 2 cents a minute. The domestic market is going to be huge–80 percent of handsets will be consumed locally and the (remaining) 20 percent will get the advantage of economies of scale and lower cost of production,” said H.S Bhatia, Product group head for GSM phones at LG. “The scale of production that India will attain in two years will give it a similar edge as China has in many other industries.”