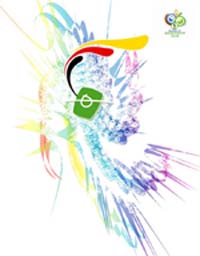 Wireless communications infrastructure specialist Andrew Corp. has scored a goal even before the football World Cup, which is all set to kick off in June in Germany. The World Cup is expected to bring thousands of soccer fans to the stadiums, all hoping that their teams will prevail and their mobile devices will operate without a hitch—and without the risk of overloading networks—when they place calls, send a text message or photo, or download game highlights.

They are supplying the indoor coverage and capacity distribution systems needed to support the high volume of wireless traffic, which is definitely expected to be generated during the month long event. The company has installed single and multicarrier indoor coverage and capacity systems in nine of the 12 stadiums that will host the tournament, which will start June 9 in Munich and end in Berlin four weeks later. Metro rail systems in several of the host cities will also use gear, supplied by Andrew to enable wireless signal distribution in rail stations and tunnels.

Wireless indoor systems have been installed at the venues in Berlin, Leipzig, Munich, Dortmund, Frankfurt, Gelsenkirchen, Stuttgart, Kaiserslautern and Nuremburg, so that soccer fans will not miss out on anything regarding the World Cup.