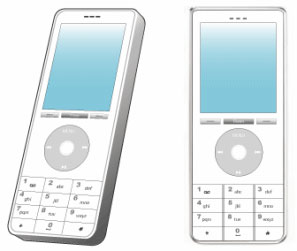 Softbank, the Japanese corporation involved in electronic commerce, finance and technology services on the Internet and broadband, has joint hands with Apple Computer to design cell phones that incorporate iPod music players’ functions, a report claimed.

Softbank President Masayoshi Son and Apple head Steve Jobs met and reached a basic agreement on this joint venture in mobile phone handset operations, the Nihon Keizai Shimbun said, without quoting sources. However the details on the time and the place of the meeting were not revealed.

The new handsets are to be launched in Japan as early as possible in 2006 itself, the Nihon Keizai said.

Initially, the handsets would have to be connected to personal computers in order to access the iTunes Music Store to download music. But as early as next year, the iTunes Music Store will introduce a new service that will let users download songs directly to compatible cell phones, which the two firms will create, the Nihon Keizai said.

The newspaper said that the details regarding the fee for downloading songs etc will be discussed later.

For Apple, the partnership is its first foot in the market for cell phone handsets, pushing ahead with offerings that combine the handsets with its music download services in the United States and elsewhere, it said.