Nokia India has organized an Exhibition match between Dabbawalas, “the pride of Mumbai”, and the Boys from Brazil, a leading Brazilian street football team, handpicked by Futebol Profissional, the premier football association of Rio de Janeiro. 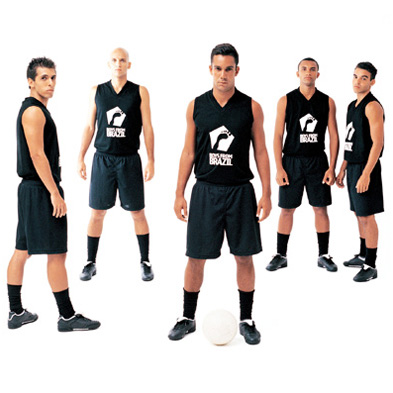 This exhibition match is part of the ongoing Nokia India Defend Your Turf challenge, an exciting, national level, free style football tournament that is providing budding football stars in the country an opportunity to showcase their football skills, against the leading Football players from Brazil.
The first match to defend Mumbai’s turf from the Boys from Brazil is being played at Kamala Mills Compound-Senapati Bapat Marg, Lower Parel.

Prior to exhibition match kickoff between the Mumbai Dabbawallahs and the Boys from Brazil, Devinder Kishore, Director Marketing, Nokia India, said, “The ‘Defend Your Turf’ competition is aimed at creating platforms where Indian youth can connect through their shared passion and desire to take on big challenges and achieve great accomplishments. This play off between the pride of Mumbai and the Brazilian challengers will give one of Mumbai’s best known communities a chance to defend their city’s turf and also serve as an exciting precursor to the Mumbai finals of the Defend Your Turf competition that will be played on Juhu beach on Saturday.”

“The competition has seen a tremendous response with over 1100 teams participating in this competition across India. We have seen some amazing talent on display and one thing is for sure that the Boys from Brazil are going to have a hard time when they take on the Indian national winners on their turf in Kolkata,” added Kishore.

Raghunath Medge, President of the Mumbai Dabbahwala Association, said, “We are delighted to be given a chance to defend Mumbai’s turf against the Brazilian team. Brazil might be the football world champions’, but playing us on our turf in Mumbai is going to be whole new experience and these boys better be ready to play their best.”