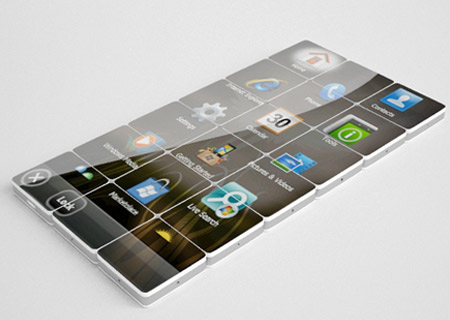 Just like forming words with individual, lettered tiles in Scrabble, the Mobikoma phone concept allows users to rearrange modules in any way desired to create a portable device of their choice. Well, the entire idea may appear to be a bit farfetched, but there’s always a start to everything.

The bringer of this transformable concept is designer Kamil Izrailov. With abilities to create a mini cell phone from two modules, users can attach together even more units to develop much bigger devices such as smartphones or even tablet computers. Additionally, these elements can be utilized for designing different form factors based on personal discretion. In terms of dimensions, the maximum size a device can reach up to is said to be 1.5m x 2m. 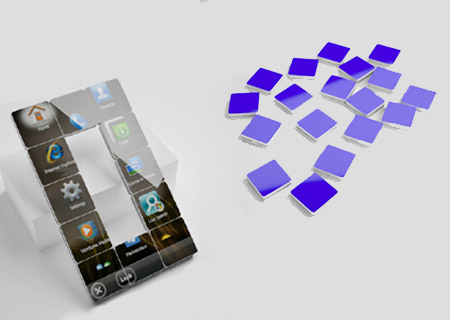 The details hosted by Yanko Design state that each module can be equipped with another through its micro lock system. These can be later detached by simply pushing a pin or any other similar object into their apertures. Each element is also wrapped with its own power supply and processors for quick computing.

Said to be individually capable, users can combine 54 modules to create a tablet computer, 18 units for designing a standard sized cell phone or 2 sections for creating a miniature mobile device. Furthermore, 2 specific pieces are dedicated for SIM storage, phone memory and microphone access, whilst the programmed buttons are affixed onto key elements. What’s more, the concept comes with various sorts of wireless communication features like Wi-Fi connectivity and so on. 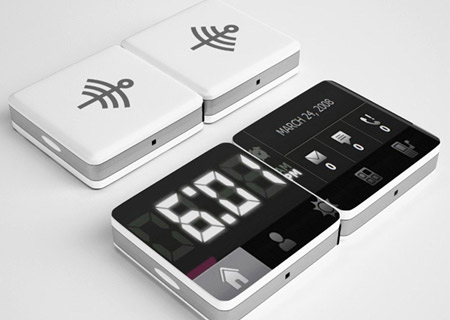 The Mobikoma concept phone is most likely to find its way amongst some of the highly anticipated devices like the twistable Nokia Kinect smartphone, the full-touch Nokia Gem and the flexible Samsung Galaxy Skin handset. But before this idea gets set into motion, there’s a lot to think about.