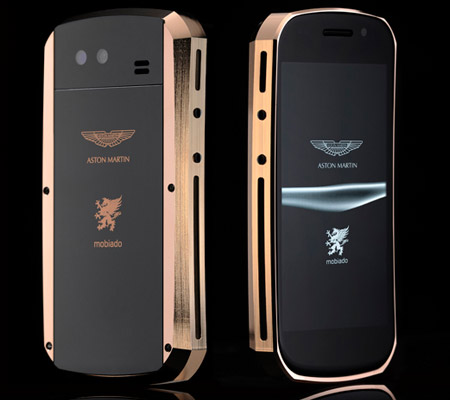 The Mobiado Grand Touch Aston Martin that happens to be the second handset in the series was recently seen showing off its chic aesthetics amongst other features. Just like its predecessor, the Grand 350, the exterior of this entrant has been CNC machined with aircraft aluminum that has been anodized for rugged use, while retaining the elegance that potential users would expect from the brand.

The device possesses an S-LCD capacitive touchscreen display spanning across 4 inches, which proffers resolutions of 480 x 800 pixels. The rear panel incorporates a 5MP camera complete with LED flash to capture precious moments while on the go. This Wi-Fi and Bluetooth enabled handset offers EDGE, GPRS, GSM and HSDPA connectivity options. As for audiophiles, they can take advantage of the onboard MP3 and MP4 players, which are incorporated to blare out all their favorite tunes. If the hardware specifications didn’t have prospective users sitting up and taking notice, then the outer shell should probably do the trick. 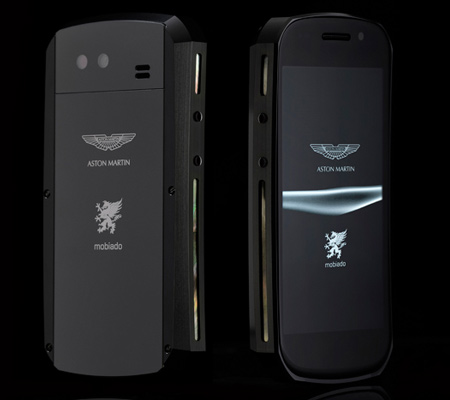 The Grand Touch Aston Martin will be available in five designs wherein, three of them come drenched in Mother of Pearl (MOP). First up is the black hued device that forays onto the scene dressed in either gold or black MOP. This is followed by the silver hued handset complete with white MOP. Potential users can also select between the yellow gold and rose gold options that are enhanced by the presence of ebony wood to give them a stylish edge.

As of now, the unlocked Mobiado Grand Touch Aston Martin release date and price have been kept under wraps by the company.