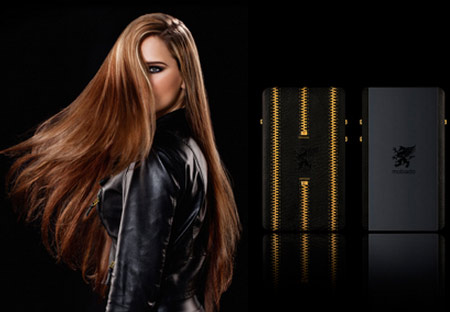 Call it a coincidence or not, but the Mobiado CPT003 concept phone seems to have timed itself perfectly for its debut. Google happens to be honoring the birthday of Gideon Sundback who contributed to the designing of the zipper as we know it today. The company’s main search page currently features a doodle of an interactive zipper that runs right through its middle.

But the reason we were led to veer away from the subject of interest is because the new Mobiado handset features just that – zippers as its main eye-catching element. Its overall appearance is described to blend engineering influenced artistic aesthetics with a flash of couture fashion. The design credits for pushing ‘the limits of what a luxury phone can be’ have been laid out to Peter Bonac.

Appealing to the shallow nature of our being, the CPT030 is all Italian leather and zippers in gold. And if that wasn’t enough, the entire show is held together by nothing less than gold thread. The volume rockers and power button are set to be chipped out of solid gold and just one expansive panel of sapphire crystal is expected to serve as the touchscreen display. 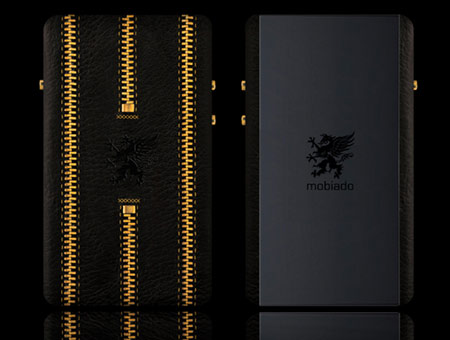 For those who’d actually care about information as trivial as the hardware and software specifications accompanying the device, the company has not exactly been very obliging with these details. That’s because the handset is apparently being exhibited merely as a conceptual design for ‘future potential developments.’ Meaning we’re not likely to see it in the market any time soon.

Now considering all of this, do we really need to insist that the Mobiado CPT003 price hasn’t been given a mention?