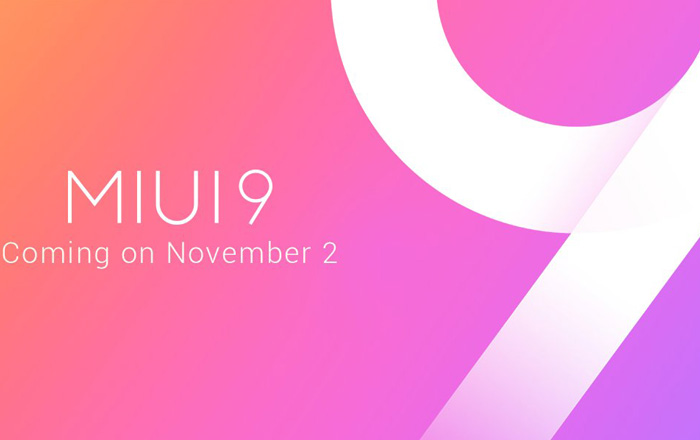 Xiaomi’s planning a big event on November 2 in India where it’s set to launch a new selfie-focused smartphone. As it turns out, that’s not the only thing the company’s going to show off that day.

MIUI India’s Twitter account lighted up a few days ago to announce that it had heard user requests and was bringing the MIUI 9 Global ROM to India on November 2. It didn’t mention the word ‘stable’ in its post, but that’s probably the case since Xiaomi probably won’t make a big deal out of bringing the beta version.

To recap, the MIUI 9 Developer ROM got announced all the way back in July. Numerous China and Global Beta ROMs have come out since then. If past patterns are any indication, China will get the stable version first followed by other countries on November 2.

MIUI 9 focuses on internal changes more than external ones, so plenty of features might not be immediately noticeable at first. Some of the more prominent ones are an all-new smart assistant to help things get done faster, a multi-window mode, and a smart app launcher which suggests apps to open based on a person’s activity.

Given the focus on MIUI 9, the mysterious selfie-centric Xiaomi handset which is getting launched on November 2 will probably run on the software from day one. Stay tuned to find out what the firm has in mind for India.