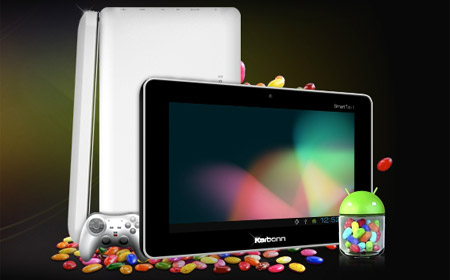 The MIPS-based Karbonn Smart Tab 1 running Android 4.1 has been announced and is now shipping in India. The company calls it the world’s lowest-cost Jelly Bean tablet. And while the Smart Tab 1 was initially introduced last month with ICS, an upgrade will be made available to those who’ve purchased the earlier version.

The device takes advantage of the MIPS-based JZ4770 SoC for extremely low power consumption. It comes with a 17.8cm capacitive 5-point multi-touch screen and a 3D G-sensor which both help enhance gaming sessions on the platform. A 1.2GHz processor makes the Karbonn Smart Tab 1 fast, while a 3700mAh battery provides up to 25 hours of music playback and 8 hours of video playback using earphones, as well as up to 7 hours of internet surfing. 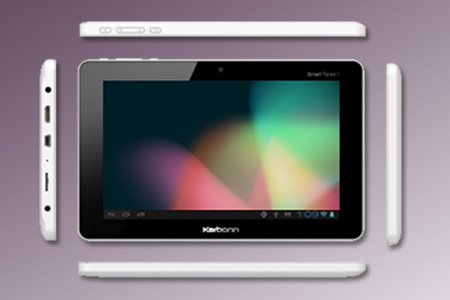 He added, “Building on our success with mobile handsets in India, Karbonn is pleased to be a leader in bringing an Android 4.1 tablet to market, and the first company in the world to offer an Android 4.1 tablet at such an affordable price point. We intend to be the leading marketer in the Indian tablet market wherein we wish to reach up to 200 thousand units per month by focusing on enterprise business solutions segmentation, education, healthcare, hospitality and next-generation business verticals.”

Other highlights of the tablet include a 2MP front camera and memory expandability up to 32GB, 802.11 b/g/n Wi-Fi, HDMI support, full HD video playback at a maximum resolution of 1080p as well as 3G support via a USB dongle. The company also believes that this year will be an important one for tablets in the country and expects to see a compound annual growth rate of about 71 percent from 2011 to 2017.

The Karbonn Smart Tab 1 price in India is Rs. 6,999. The Jelly Bean tablet can be booked now from the official website and several online and retail outlets across the country.